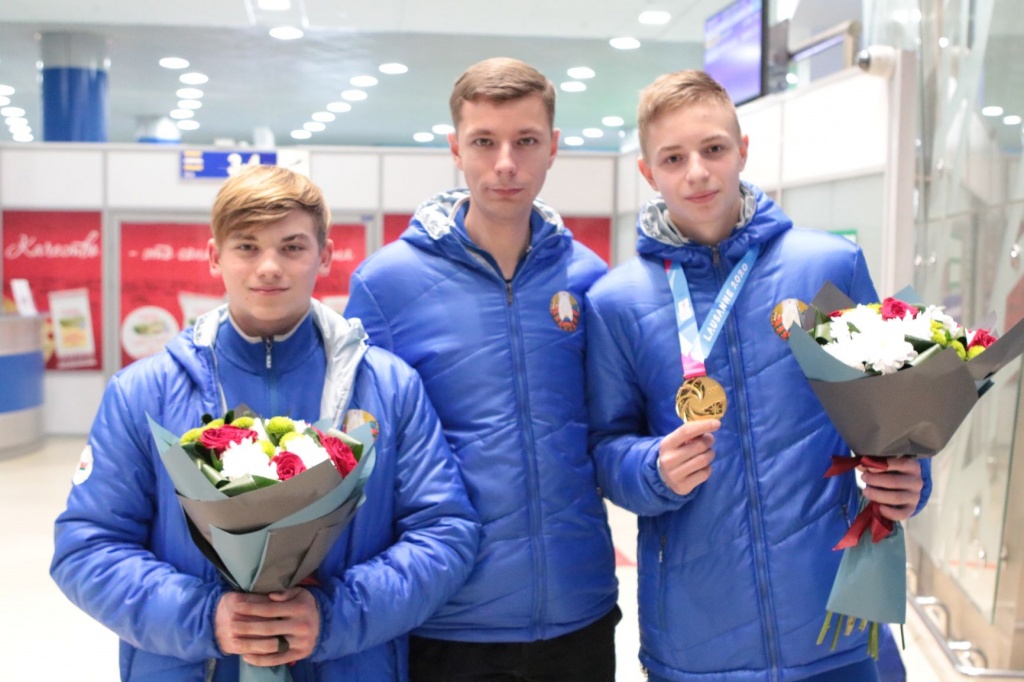 Athletes and coaches who took part in the III Winter Youth Olympic Games in Lausanne met at the Minsk National Airport on January 16 in the evening. 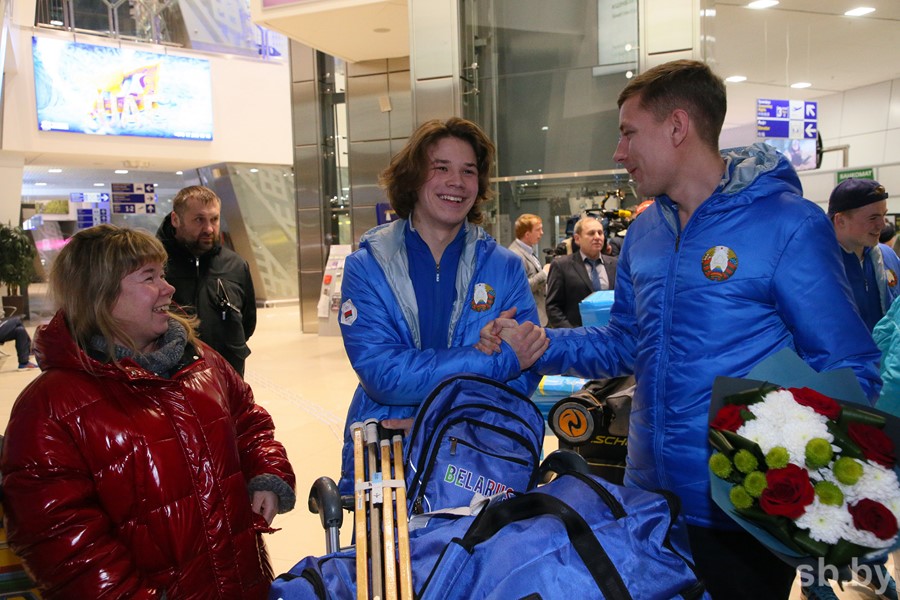 The first part of the delegation returned home. At the airport, the champion of the Games, Ilya Korzun and his teammates, alpine skier Maksim Davydouski, together with coach Alexander Nakonetchny, were met by representatives of the National Olympic Committee, the Ministry of Sports and relatives. 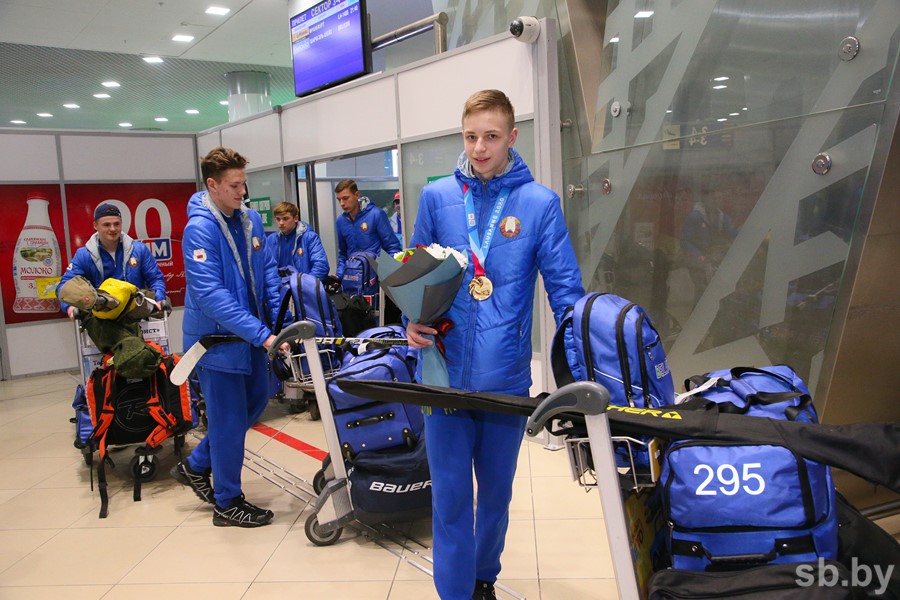 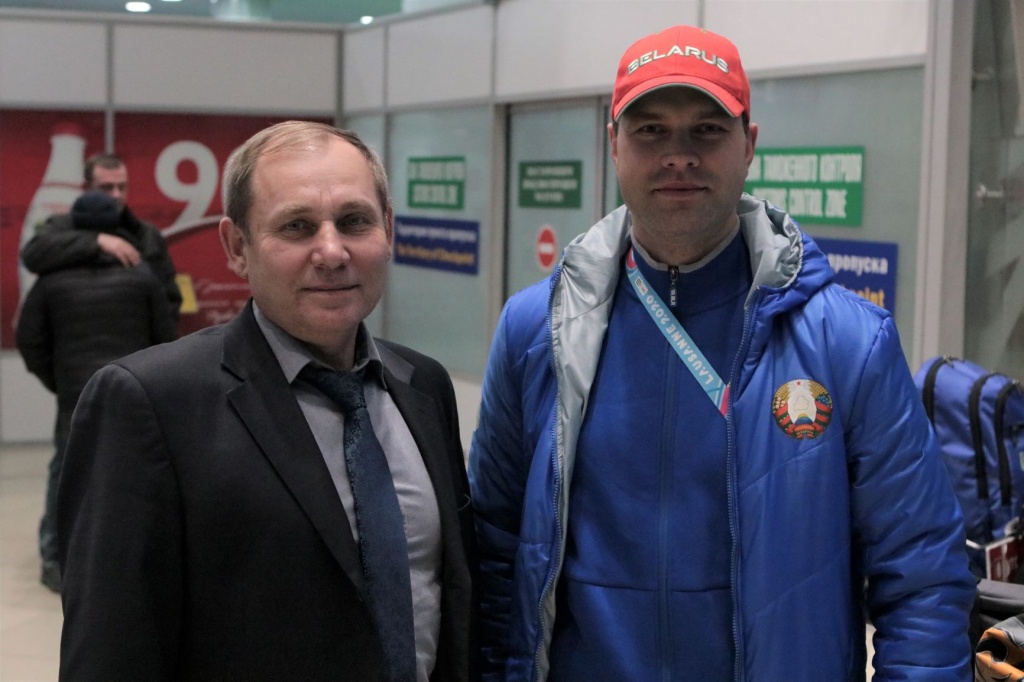 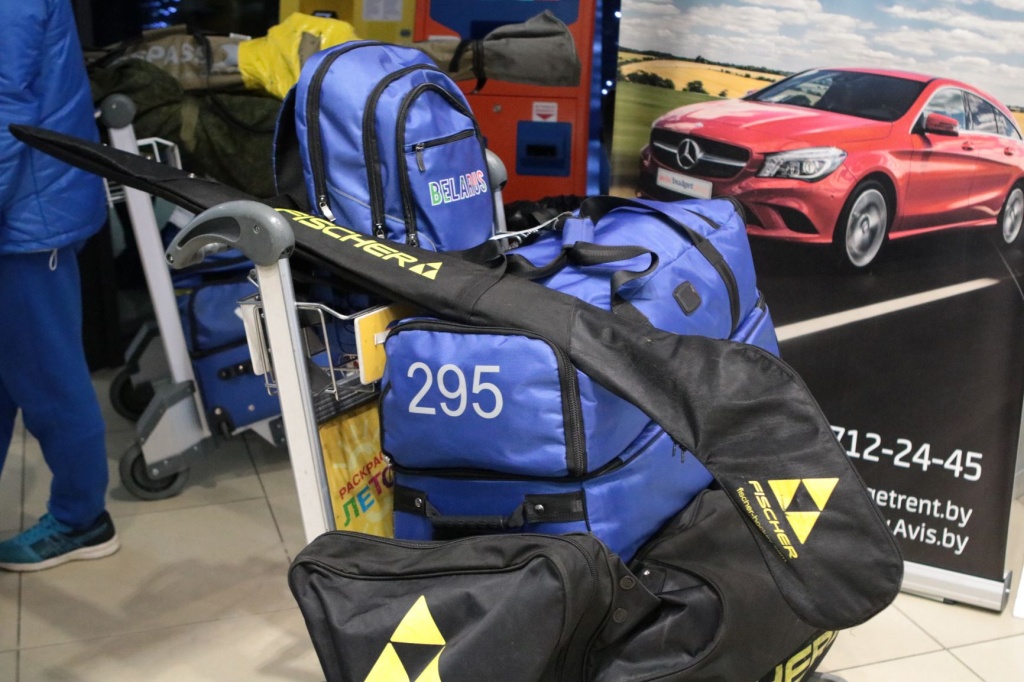 Illia Korzun, the gold medal winner, took special congratulations on his successful performance, who won the final in hockey 3 on 3 as part of his “green” team.

Illia Korzun said: “Touched by such attention to our team. Of course, before the starts in Lausanne they hoped for a good performance, when already during the competition I reached the final with my team, I only aimed at the gold medal. Glad I achieved this goal. This is a good experience interacting with other players that we have not met before. In a short period, it was possible to create an effective team and succeed. Nice attention here in Minsk, we came to congratulate us right at the airport, it's nice to see such attention” 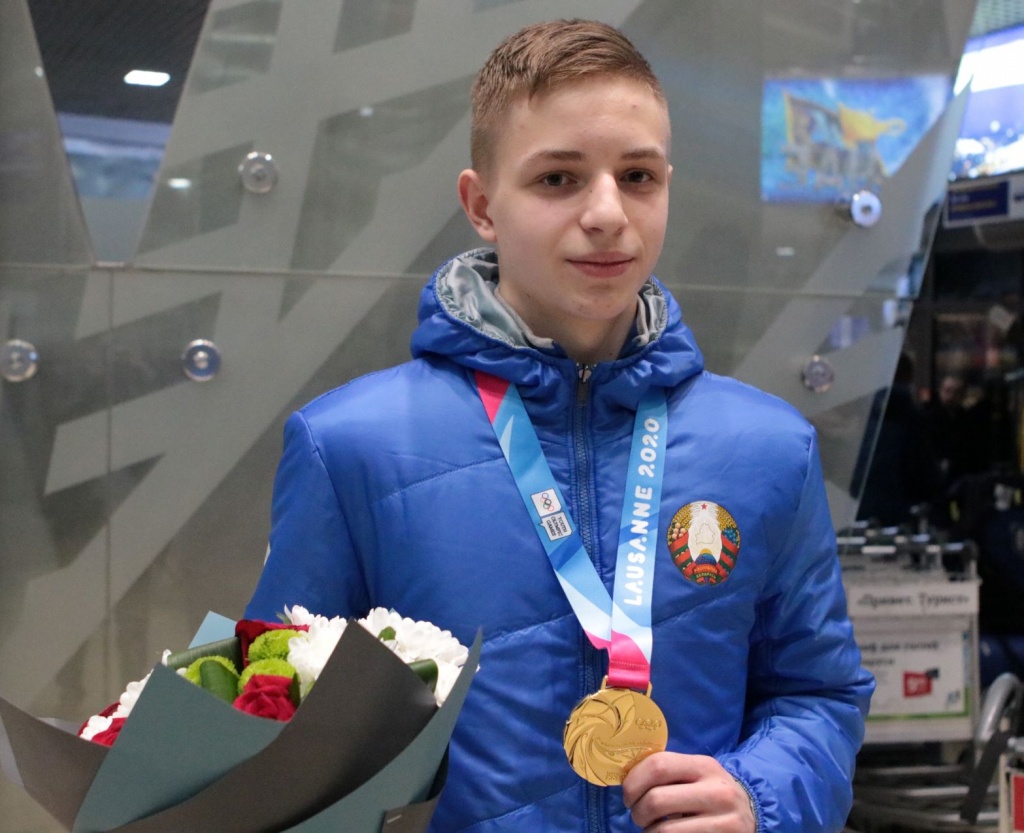 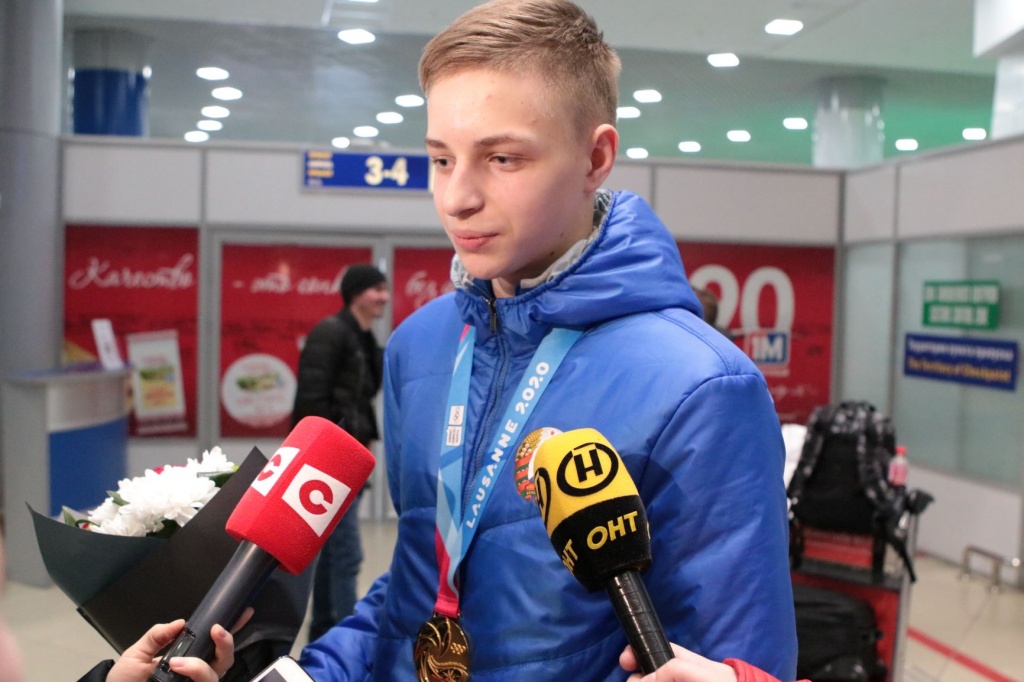 The coach of the Belarusian hockey team Dzmitry Matsiukha noted that the successful performance of the players (in addition to the gold medal of Illia Korzun - the fourth place at Daniil Karpovich) indicates a good school for training hockey players in Belarus.

He noted: “The main goal of the Youth Olympic Games is not to achieve a specific result, but to communicate between athletes from different countries. This just provided for the format of 3x3 hockey competitions, where the teams included representatives from different countries. I hope the guys enjoyed the game, exchange of experience and communication, and we confirmed that our training school gives results” 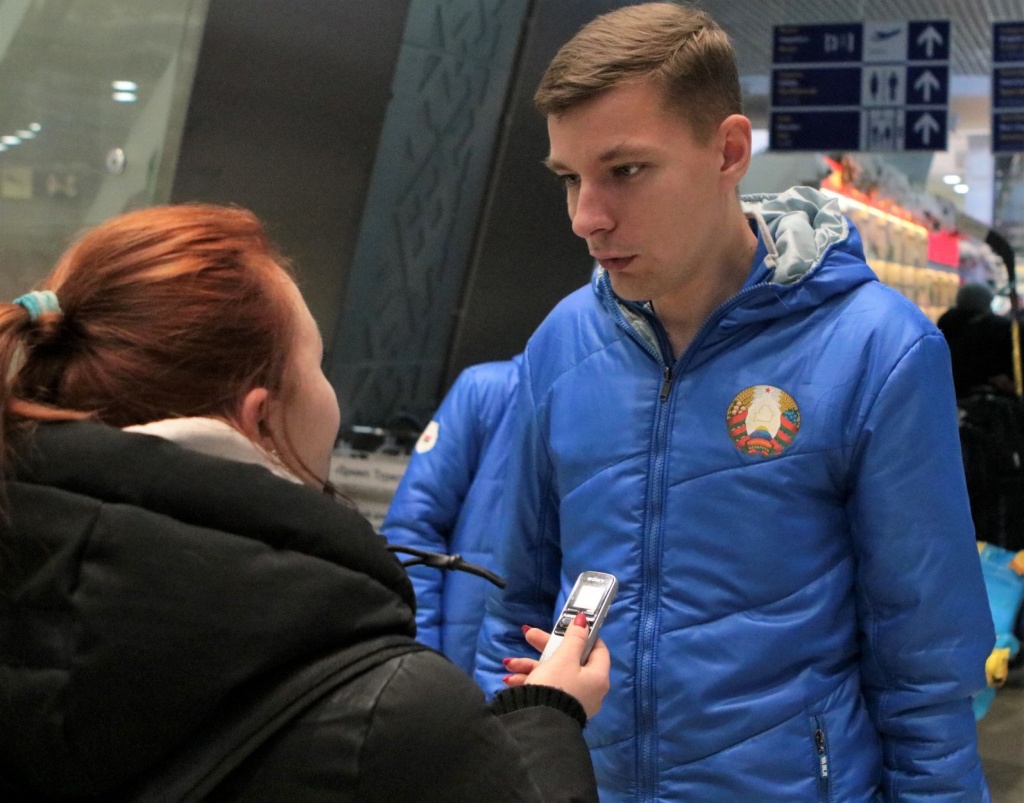 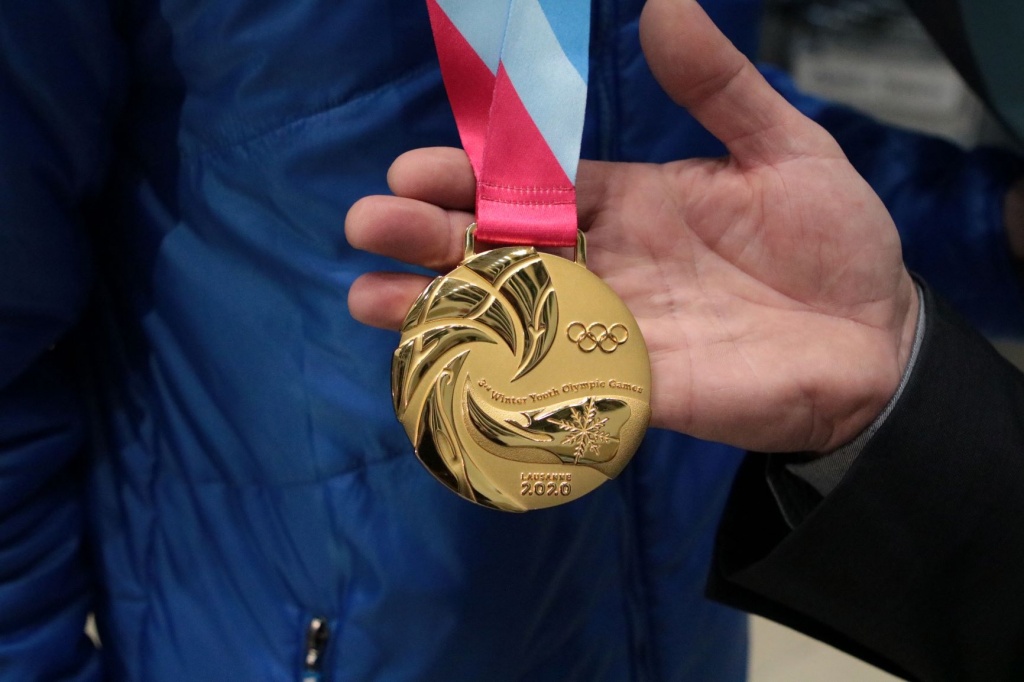