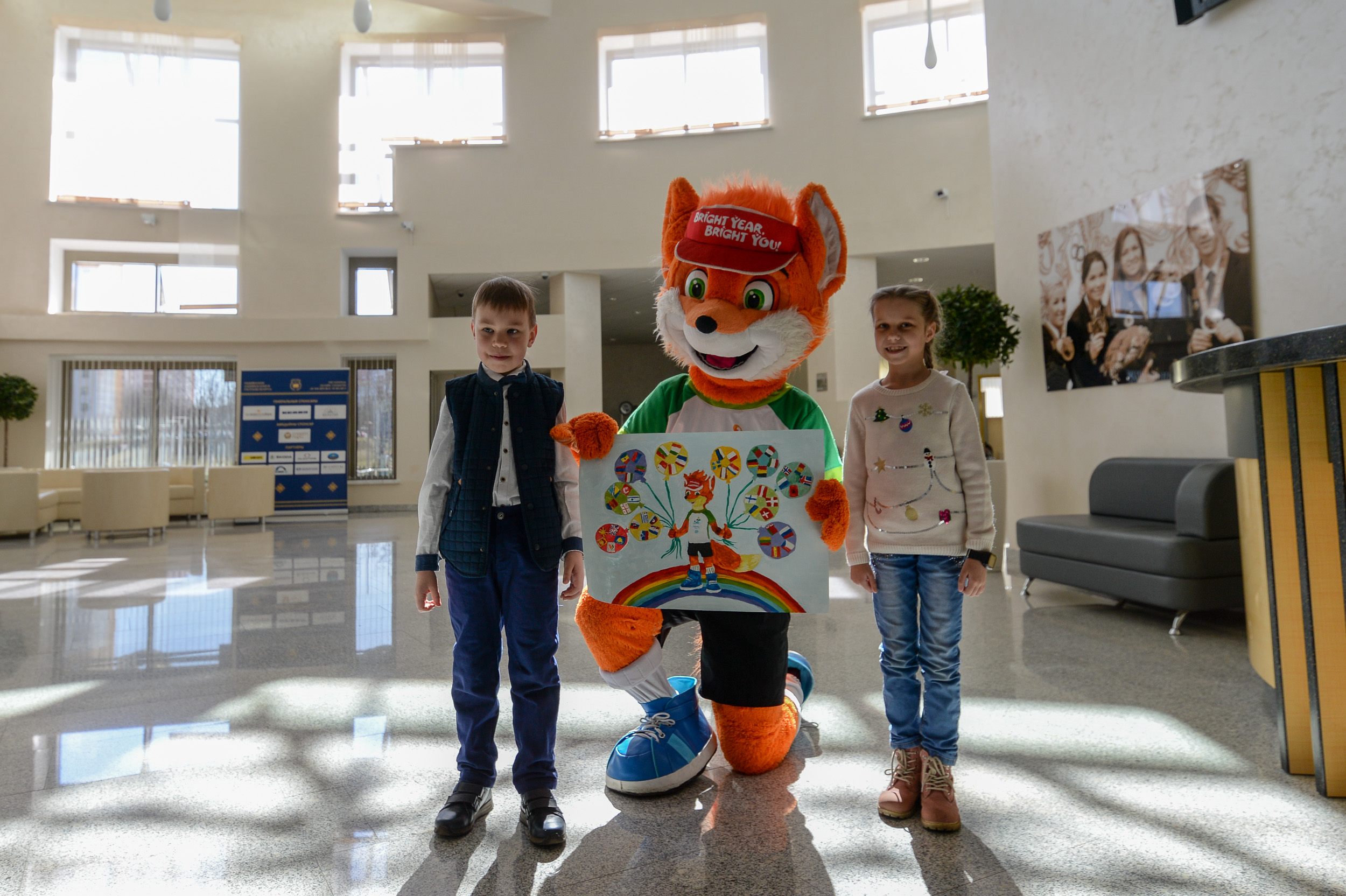 The Mascot of the coming 2nd European Games Lesik has charmed everyone. He has his own fan base across the country. A charming Mascot inspires everyone’s creativity, sometimes in very unpredictable forms. Nastya Myshko from Polotsk, who is 7 years old, drew a cartoon about the Lesik’s adventures, and her parents sent this video to the NOC Belarus. Kirill, who is 6 years old, is a great fan and expert of geography, loves flags and Lesik, and he drew it in his picture. On April 16 Nastya and Kirill arrived at the headquarters of the National Olympic Committee of the Republic of Belarus to talk about their creative successes and to visit Lesik.

Nastya learned about the Mascot at school, read his inspiring legend and decided to draw a cartoon. Her mother Inna tells more about this: “Once at school during an information hour Nastya heard about the European Games. Her teacher often tells children about sport. And once she told about Lesik, whom Nastya has not seen yet. Her story interested Nastya and she wanted to know more. We found an image of a fox, a legend about paparats-kvetka and dreams to find friends. So Nastya decided to draw a cartoon. Together with her teacher, they wrote a fairy tale, painted heroes and background and revived them. They showed it to her classmates and everyone liked it. The cartoon was painted in a couple of days, and parents mounted it.”

Kirill was inspired by the figure skating competition. During the European Championship in Minsk he together with his mother and grandmother went to competitions and during the breaks he tried to guess all the participating countries by their flags. It turned out that he knows capitals and flags of more than fifty countries nevertheless, he is only 6! 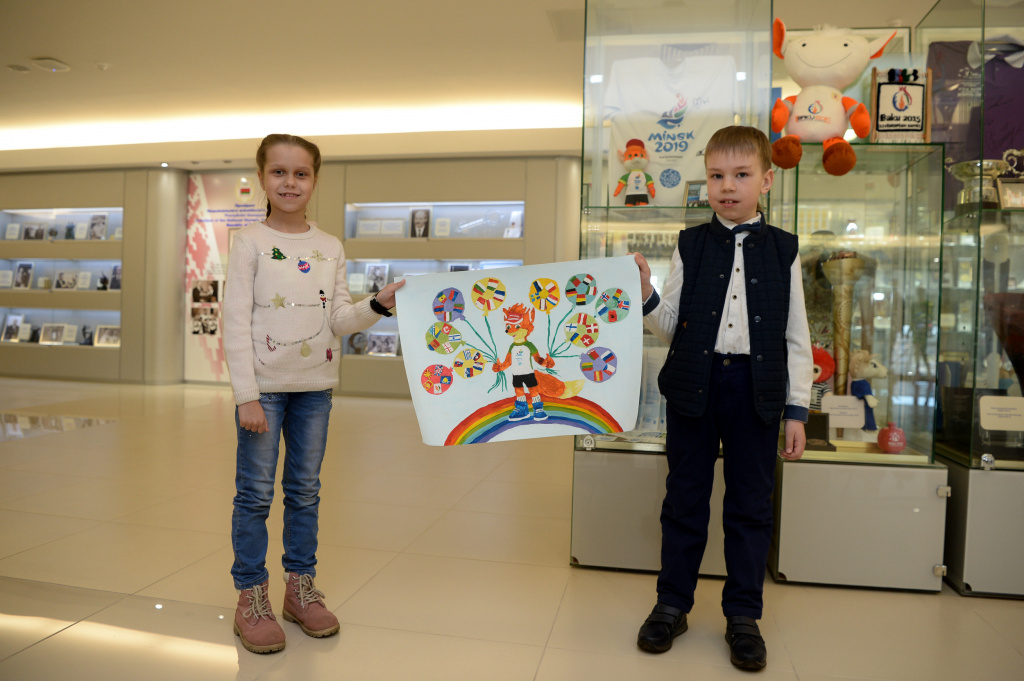 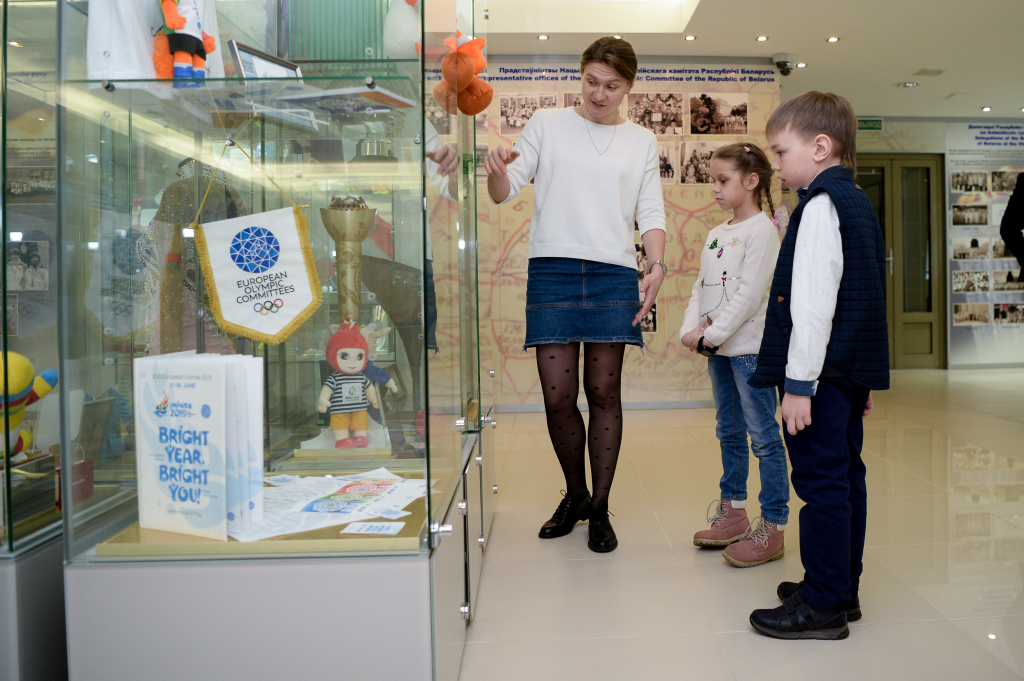 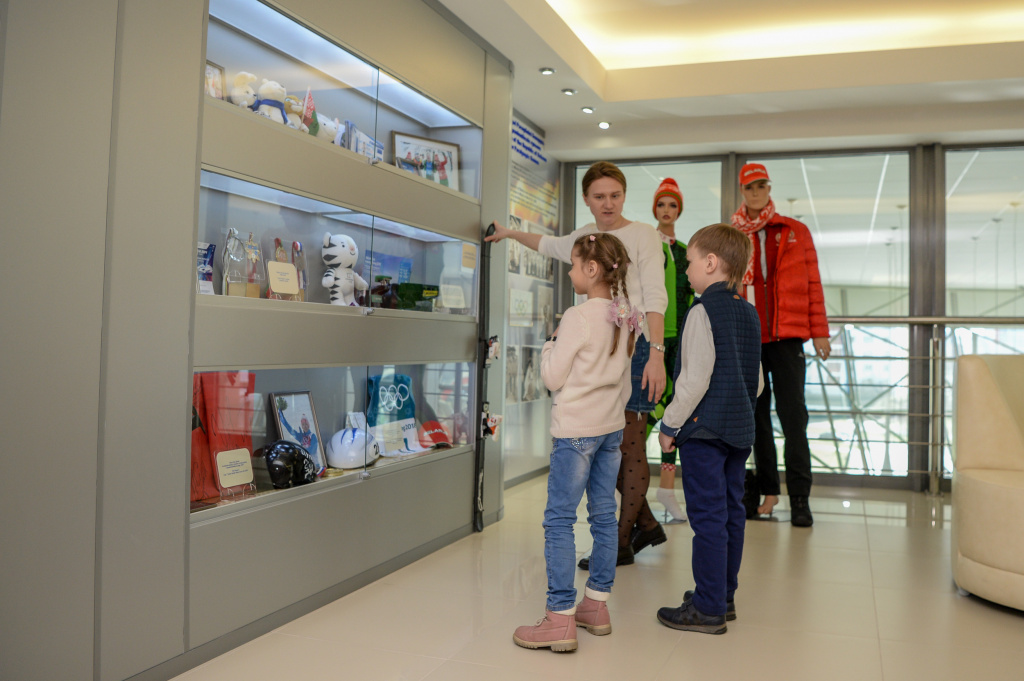 Kirill‘s grandmother Valentina says: “Kirill goes to the child development school and children were asked to draw something according to the European Games theme there. My grandson made up a story that Lesik invited all 50 countries to Belarus. As the sportsmen will come to us by plane, it means that we need to draw them in balloons in the form of national flags. The picture is called “50 Lesik's friends”. I wanted not only our family saw it. This is a completely different generation, they look at the world more broadly, although they still do not go to school. Our favorite game is to call the country and its capital. I name a country, he tells the capital and the continent of this country. And vice versa. And, for example, Paris – France does not interest him, he needs something more complicated, from Africa and South America.” 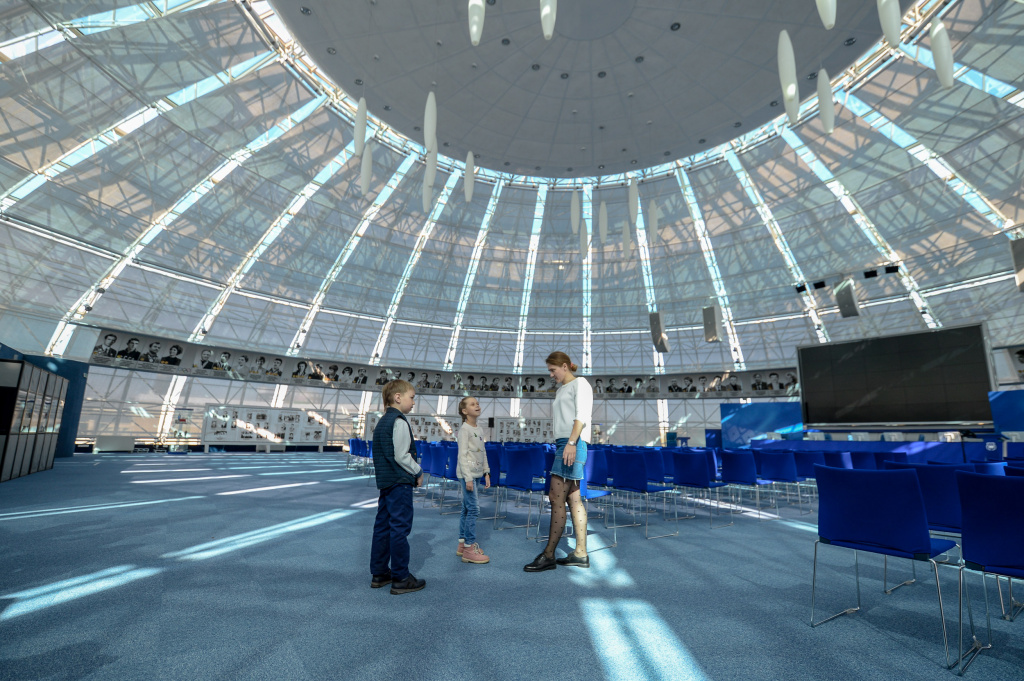 They had an excursion at the headquarters building, during which they learned more about the torches and mascots of the Olympic and European Games, assessed the weight of the Olympic medals, admired the spectacular sport equipment and tested their knowledge of the history of the Olympic Games. When they were asked why many athletes are striving to win the Olympic Games medal, a little Nastya answered: “Because it’s a fair game!”

After the excursion Lesik met them. Kids were incredibly happy. They showed him their pictures and ran together to play sport simulators. Nastya and Kirill shot, threw a disk and a spear, jumped hurdles, competed with the Lesik and with each other. 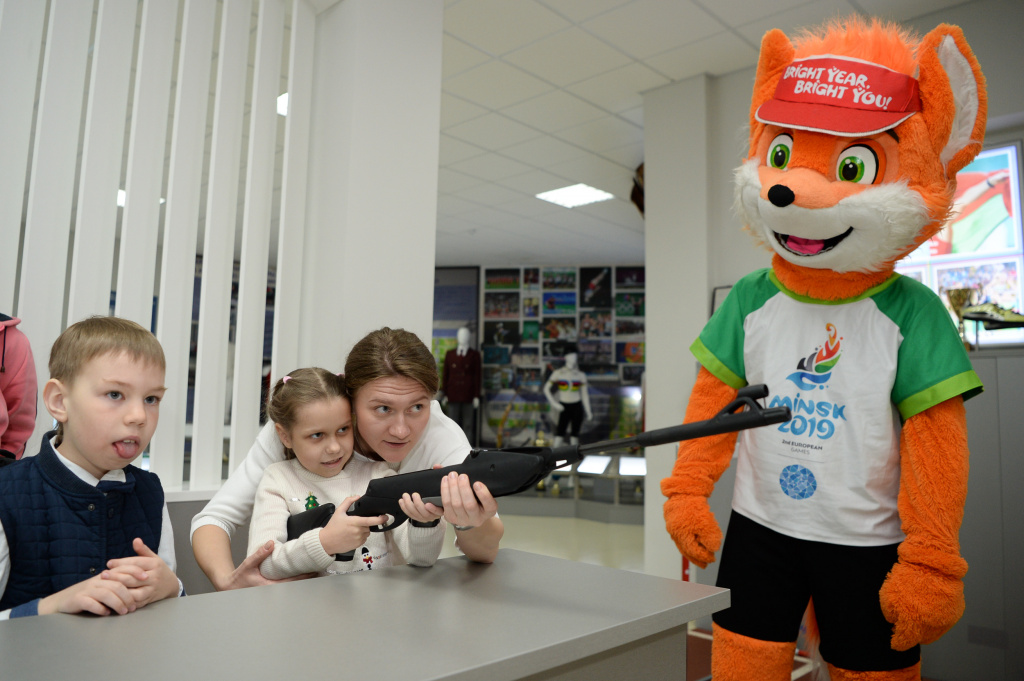 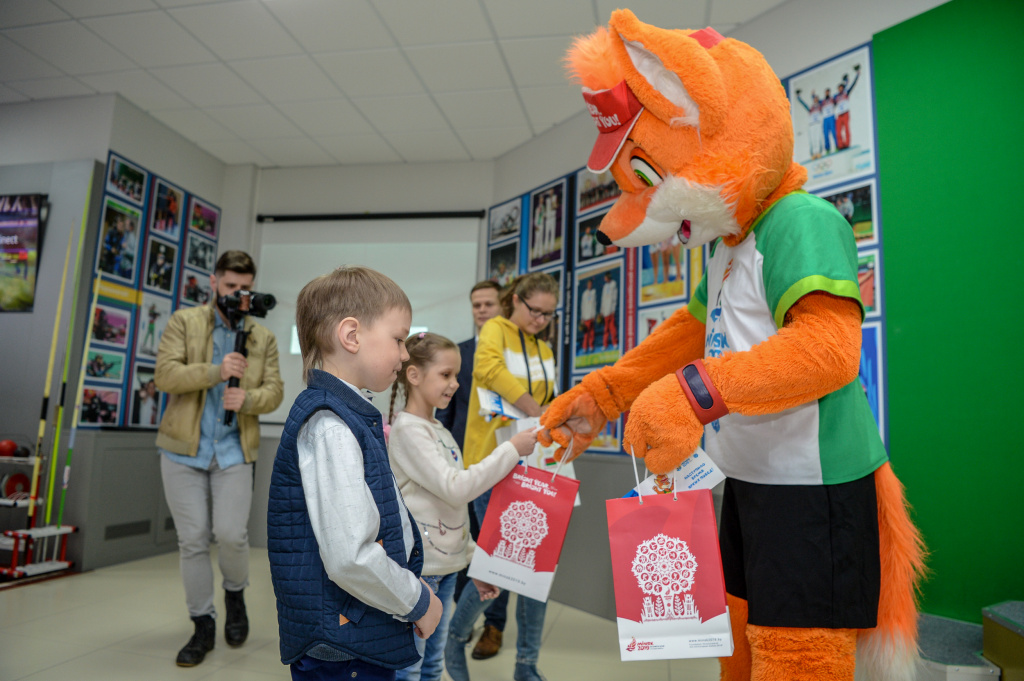 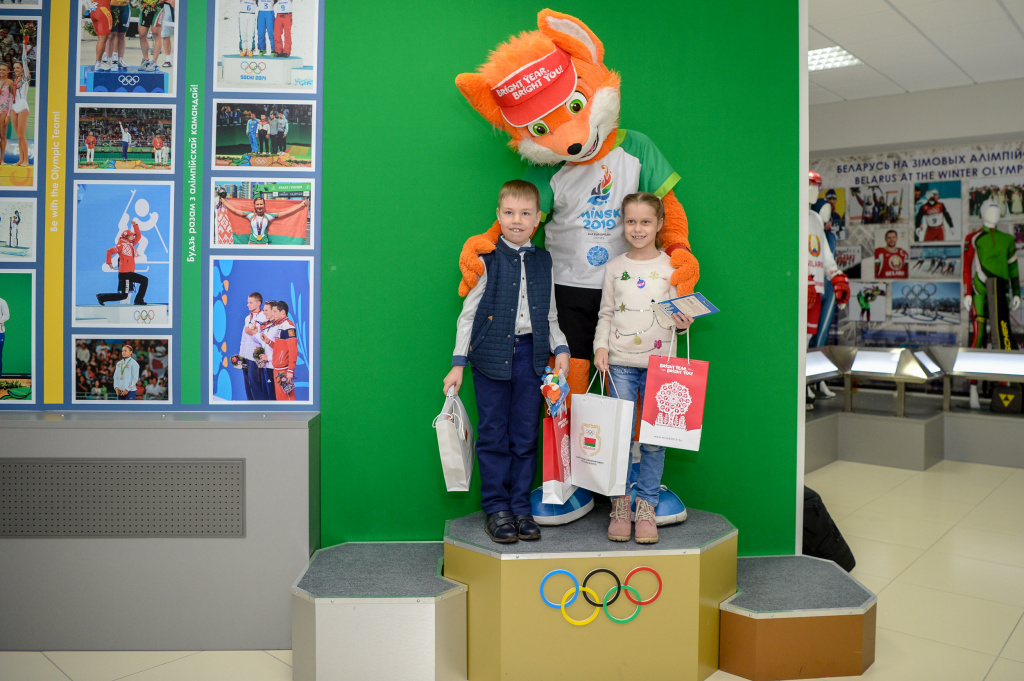 At parting Nastya and Kirill received souvenirs from the National Olympic Committee of the Republic of Belarus and the Directorate of the 2nd European Games. Lesik handed little guests with small copies of himself which attracted children very much.