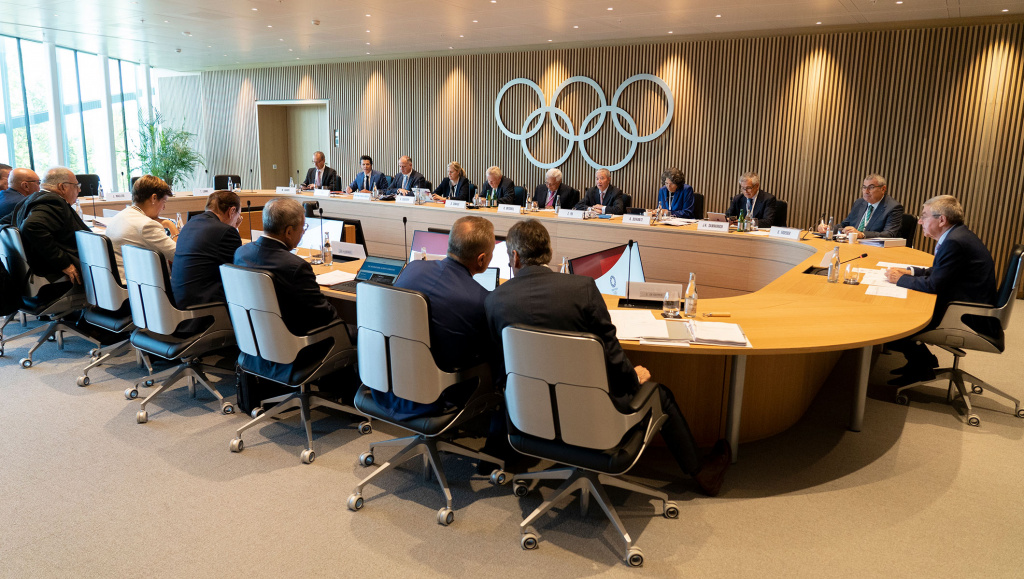 During its two-day meeting at Olympic House in Lausanne, the IOC EB was informed by the ITA about the most comprehensive pre-Games testing programme ever conducted, which will be coordinated by the ITA prior to the Olympic Games Tokyo 2020. After this presentation, the IOC EB underlined the importance of considering the long-term storage of pre-Games testing samples.

“For the Olympic Games, the IOC is storing samples for 10 years,” said IOC President Thomas Bach. “Long-term storage of pre-Games samples can be an additional deterrent factor when combined with new testing methods,” he added.

In recent years, the focus on and investment in the pre-Games testing programmes have increased significantly. Such programmes can minimise the risk of an athlete who might compete in the Olympic Games slipping through the cracks and not being subject to doping control ahead of their participation.

“We are happy to see that the investment of USD 10 million the IOC made at the very beginning of the discussions about Olympic Agenda 2020 with regard to anti-doping research is bearing fruit,” said Bach. “We can see as a result new testing and detection methods coming up. We have been informed by WADA that, for example, dried blood spot testing might be available in Tokyo,” he continued. In the current Olympiad, the IOC and the International Sports Federations (IFs) are investing close to USD 300 million in support of the fight against doping.

For Tokyo 2020, both the testing and the sanctioning components of the anti-doping system will be independent from the IOC. The ITA and the Court of Arbitration for Sport (CAS) will handle these respectively. The IOC has also delegated the reanalysis programme from past Games to the ITA.

The Organising Committee for the Olympic Games Tokyo 2020 presented its progress to the IOC EB with the Games only 295 days away. The organisers described how excitement for the Games continues to grow, with over 535,000 applications received to be one of the 10,000 torchbearers on the Tokyo 2020 Olympic Torch Relay. They also reported that over 3.5 million tickets have now been sold for the Olympic Games. Some 80,000 volunteers are currently being selected and trained from among more than 200,000 applicants, with over 10 per cent of the participants coming from outside Japan, and approximately 120 countries.

Olympic preparations continue to be on track, with an exciting new Waterfront City concept to be delivered by Tokyo 2020 featuring the Olympic cauldron, partner showcasing and urban sports; five out of the nine new venues for the 2020 Games are now complete; and the Olympic Village is expected to be handed over in December this year. At the Waterfront City, fans will be able to interact with athletes and try out many of the sports, with some activities expected to be available free of charge.

“I said on the occasion of the one-year-to-go celebrations that I had never seen a city so well prepared one year before the Games. This continues to be the case. That is the Japanese way: to be very well prepared, very diligent, but never to be complacent,” said Bach.

Tokyo 2020 also updated the EB on the large number of test events that have been held this summer. These have given the organisers the opportunity to test not only their operations but also heat counter-measures. The events have been largely successful and important lessons have been learned, which are being worked on in association with the relevant IFs.

The IOC EB approved an investment of EUR 12.5 million to support a comprehensive renovation project for the IOA, in order to strengthen Olympic education and promotion of the Olympic values. The inauguration of the renovated IOA is scheduled for 27 June 2021, in the framework of the IOC Session in Athens.

“This is a commitment to our roots and our heritage. The IOA is a highly symbolic place in ancient Olympia, where it all started 3,000 years ago”, said Bach.