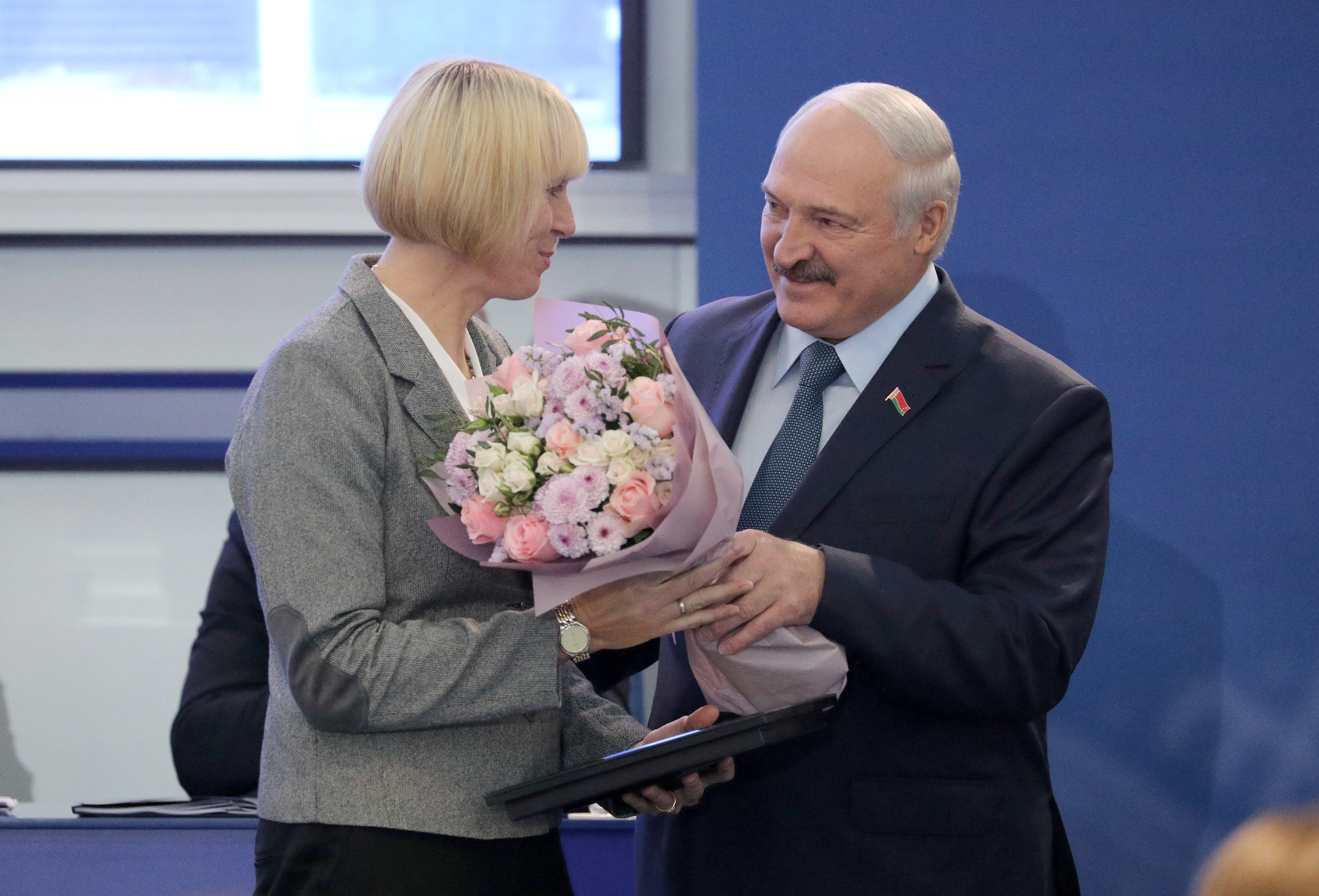 Belarus President and the President of the NOC Belarus Aleksandr Lukashenko presented the badges of honor of the National Olympic Committee “For services to the Olympic movement in the Republic of Belarus” to two outstanding athletes Ekaterina Karsten and Aliaksandra Herasimenia.

The ceremony took place as part of the Olympic meeting of the National Olympic Committee (NOC) of Belarus on 19 November.

The athletes have been honored for the high results in sport, great achievements in promoting the ideals and principles of Olympic movement, sport and healthy lifestyle.

Presenting the awards, the head of state stressed that Ekaterina Karsten is a legend of Belarusian sport and that Aliaksandra Herasimenia represented the national colors in the international arena throughout many years. The president expressed regret that the two athletes already retired. “We highly appreciate your work and services, and I am glad that you see your future in Belarus and sport. We must provide necessary support so that you can show your best in bringing up new champions,” said Aleksandr Lukashenko.

Barbashinsky: Olympics is the most wanted competition for sportsmen
© National Olympic Committee of the Republic of Belarus, 2011 - 2020
Website development - ArtisMedia