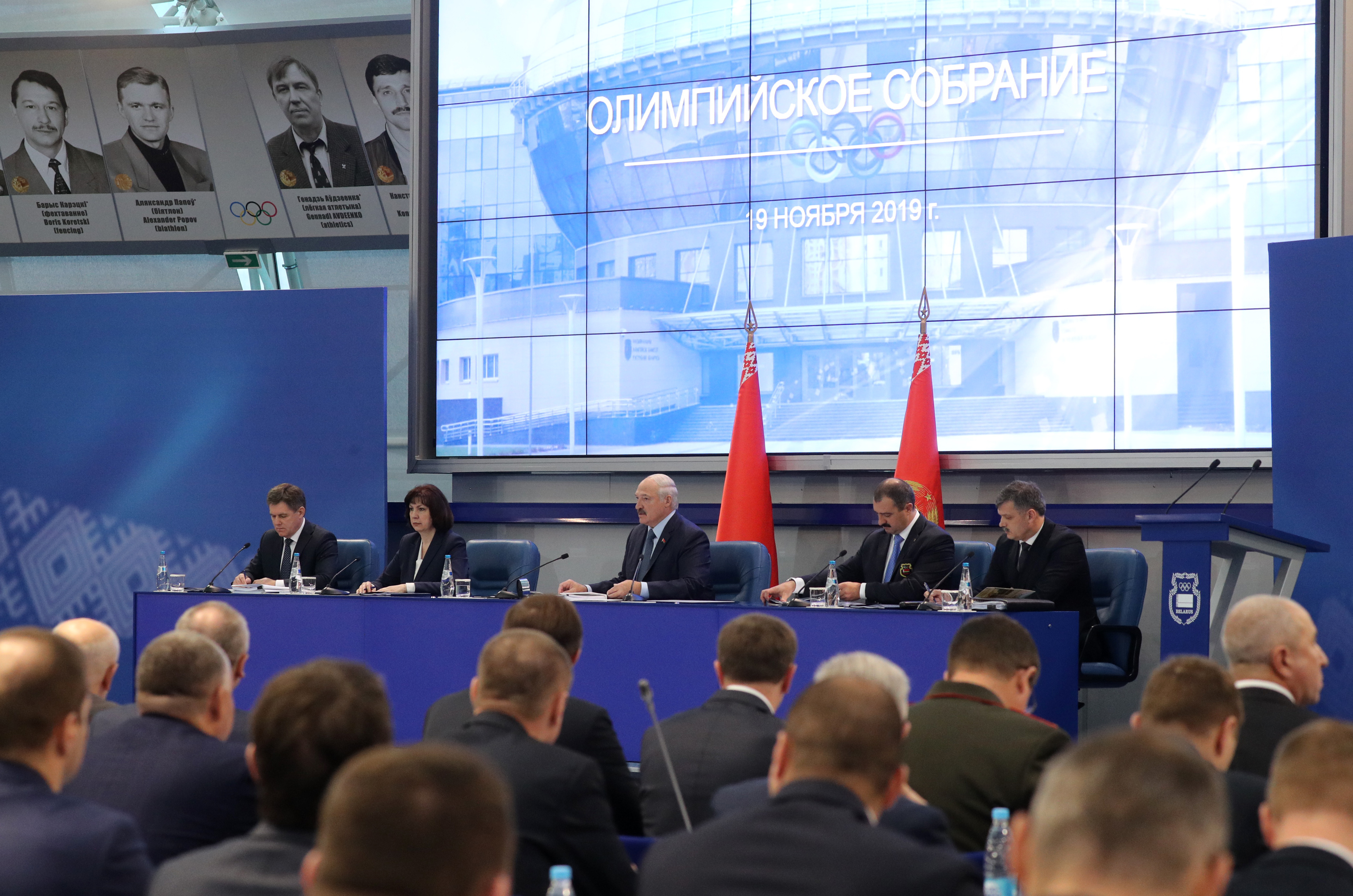 Victories at Olympic Games unite the nation and inspire a sense of pride for the country, Belarus President Aleksandr Lukashenko said as he opened the Olympic meeting of the National Olympic Committee (NOC) of Belarus on 19 November.

“Sport is one of the most important parts of the social life and politics in the world today. Everyone in Belarus, not only you and I, understand this today. Olympic victories unite the nation, inspire a sense of pride for the country, bring new heroes. After all, they reflect the development level of society, science, medicine, economy and the state as a whole,” the head of state said.

This is the reason why the most important issues related to the development of sport get attention at a high level, the Belarusian leader said.

Barbashinsky: Olympics is the most wanted competition for sportsmen
© National Olympic Committee of the Republic of Belarus, 2011 - 2020
Website development - ArtisMedia