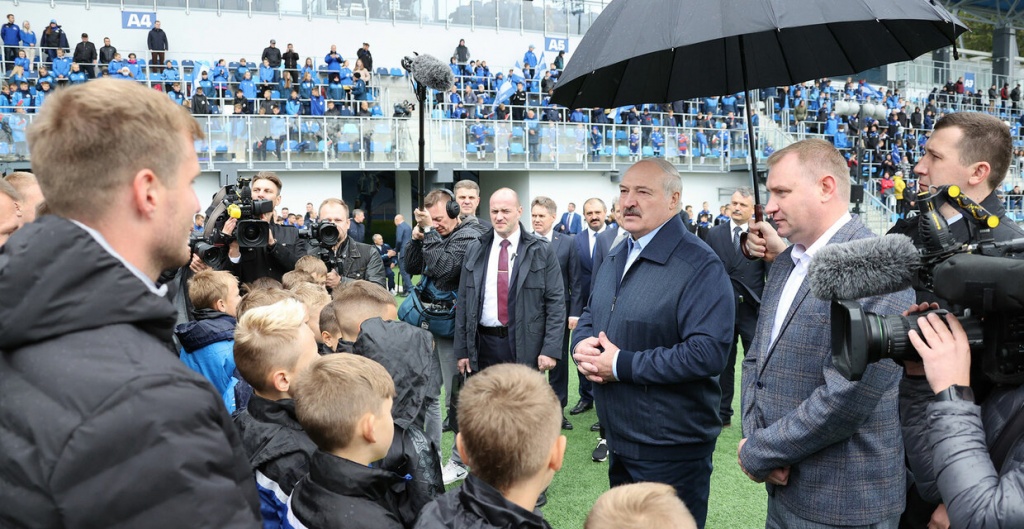 The football in Belarus needs a serious shake-up. This was noted by Alexander Lukashenko when he took part in the opening of the "Dynamo-Yuni" children's and youth stadium.

Until that day, the Dynamo-Minsk club did not have its own home arena for training athletes. And today there are three fields with artificial turf and outdoor lighting. The stadium can accommodate over 5 thousand fans. There are classrooms, a gym and hotel rooms to educate talented children.

In general, a clear system of training talented people has been built in Belarus, a high-quality sports infrastructure has been created, but the same main team of Dynamo Minsk has not yet given a high result. The key to football success from the President is to play with burning eyes.

“23 thousand people (this is only officially according to the lists) are professionally involved in football. So can you find 20 people from 23 thousand ? What is happening in football is unacceptable, ”stressed Alexander Lukashenko.

According to the President, this also concern to other kinds of sports. Therefore, not only representatives of the football sphere were invited to the meeting, but also the leaders of other federations: hockey, cycling, shooting sports, swimming, athletics, fencing.

“I want to warn you all: build a system. Books, what you published and handed over to me, is good. Programs and plans are good. We need a result. And each coach, in addition to the result, must give two or three talented athletes, let them raise them up. If this is not the case and there is no result, then there is no coach, ” the head of state said.

President of Belarus Alexander Lukashenko warned the leadership of the sports industry during a meeting on the development of football and the sports industry in general that it is necessary to show a better result at the next Summer Olympics in Paris than in Tokyo.

“Actually in 3 years the Olympic Games in Paris will be held. There will be no one to blame. In fact, the climate is the same as ours. Even better. This is not Japan. Heaven forbid there will be the same failure as in Tokyo,” the Belarusian leader warned.

The Head of State was surprised that some Belarusian athletes could not even confirm their previous results at the Tokyo Olympics, not to mention medals.

“The state is investing huge amounts of money in the development of all kinds of sports. All athletes today are materially provided by the state. This is probably one of the reasons that everything is not going well with us in big sports. Everyone feels too good, you don't have to go anywhere, you don't have to ask anyone - the state will provide everything,” noted Alexander Lukashenko. - So far, especially in football, I do not see the result. It's the same in hockey and in other sports,” the President of the country noted.

Based on BelTA materials