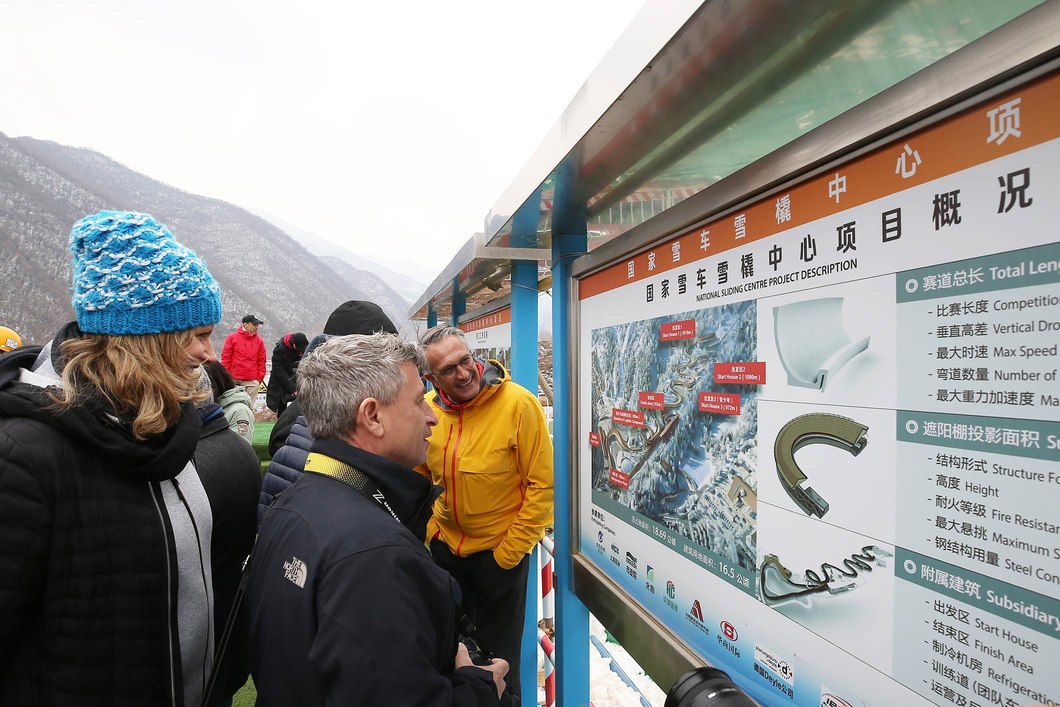 Beijing 2022 held its first World Agency Meeting from 8-11 April 2019, inviting nine of the world's most influential news agencies and media outlets on a 3-day venue tour in Beijing, Yanqing, and Zhangjiakou zones, plus a full day discussing media operations of the Games.

In addition, Beijing 2022 explained to the media representatives tentative plans and policies on accreditation, transportation, accommodation, technology, and other subjects, so that they could start making logistical arrangements for their coverage of the Games. The media have a vital role to play in the success of the Games and the Organising Committee is committed to facilitating the journalists’ work to cover them, said Zhang Jiandong, Vice Mayor of Beijing and Executive Vice President of Beijing 2022.

Anthony Edgar, the International Olympic Committee’s Head of Media Operations, recalled the close collaboration between Beijing, the IOC, and world media in the years leading up to the 2008 Games, which won acclaim for well-planned media operations. The first World Agency Meeting was an important occasion “to start the partnership again,” Edgar said, adding that the Olympic Winter Games face peculiar challenges, not least cold weather, and the IOC is ready to work with Beijing 2022 to ensure best working conditions for the media.

Iconic Beijing 2008 venues like the Bird’s Nest and the Water Cube will be used once again for Beijing 2022. The National Ski Jumping Centre in Zhangjiakou, the National Alpine Ski Centre in Yanqing, and Big Air Shougang and the National Speed Skating Oval in Beijing are all expected to become new landmarks where defining Olympic moments will be captured by photographers. Bob Martin, Photo Chief of London 2012 and now an advisor to the IOC, said that he was certain that Beijing 2022 venues “are gonna take us to a whole new level pictorially for the Winter Games.”

Straddling the Great Wall, the three zones of Beijing 2022 are steeped in culture and history. When the Olympic Winter Games open amidst Chinese New Year festivities in February 2022, local residents will be proud to present their hometowns to the world through the work of journalists from around the globe.