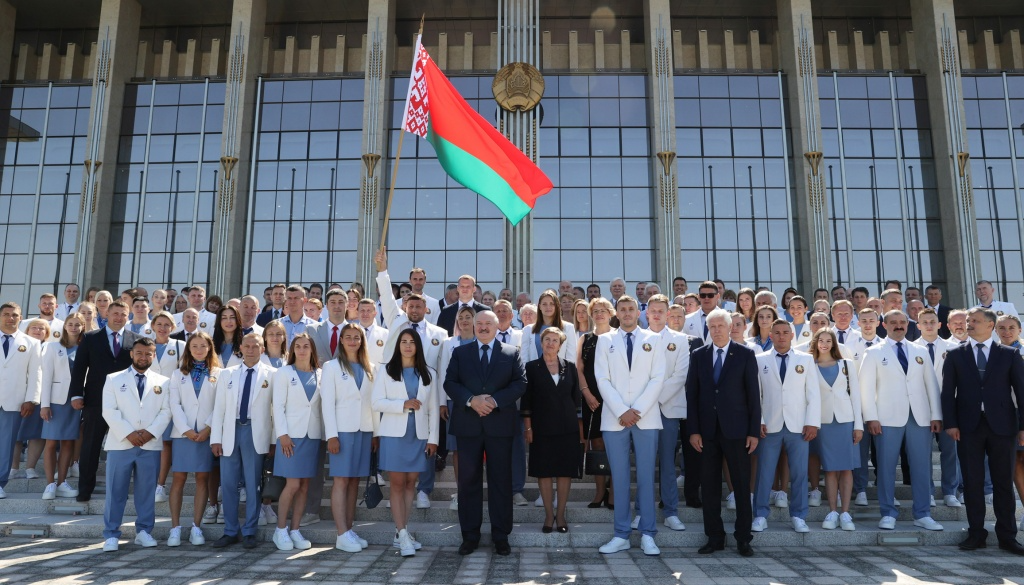 A solemn farewell ceremony for Team Belarus prior to the Tokyo Olympic Games was held in Minsk on 9 July.

In the early morning participants of the forthcoming Olympic Games in Japan’s capital gathered near the headquarters of the National Olympic Committee of Belarus. Experienced athletes and coaches, who had already participated in Olympics, looked confident and solemn while debutants could not hide their trepidation. 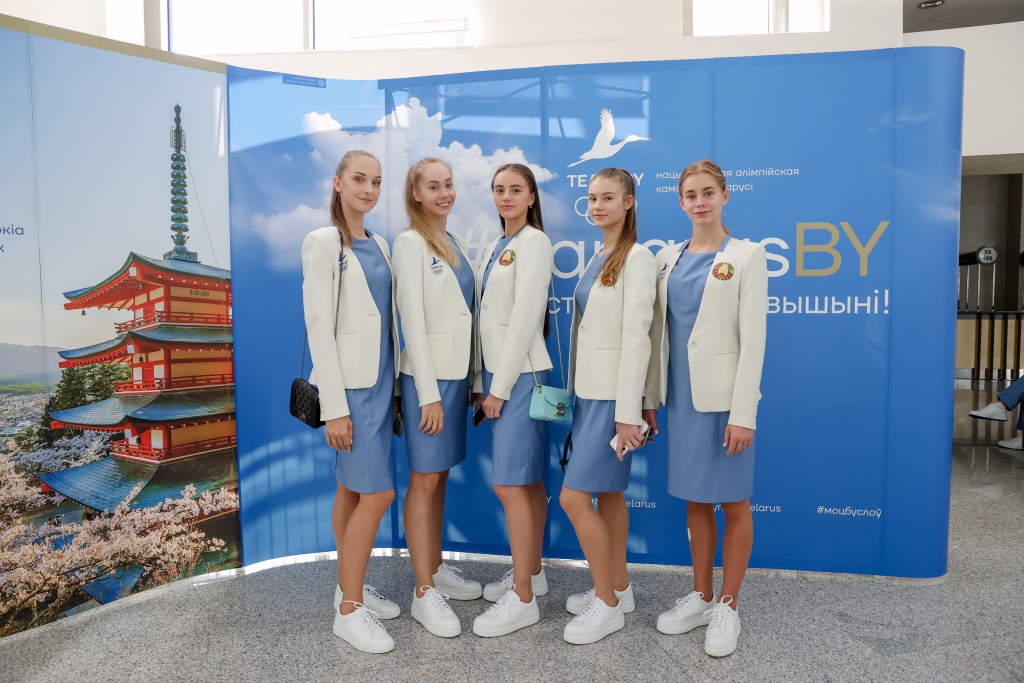 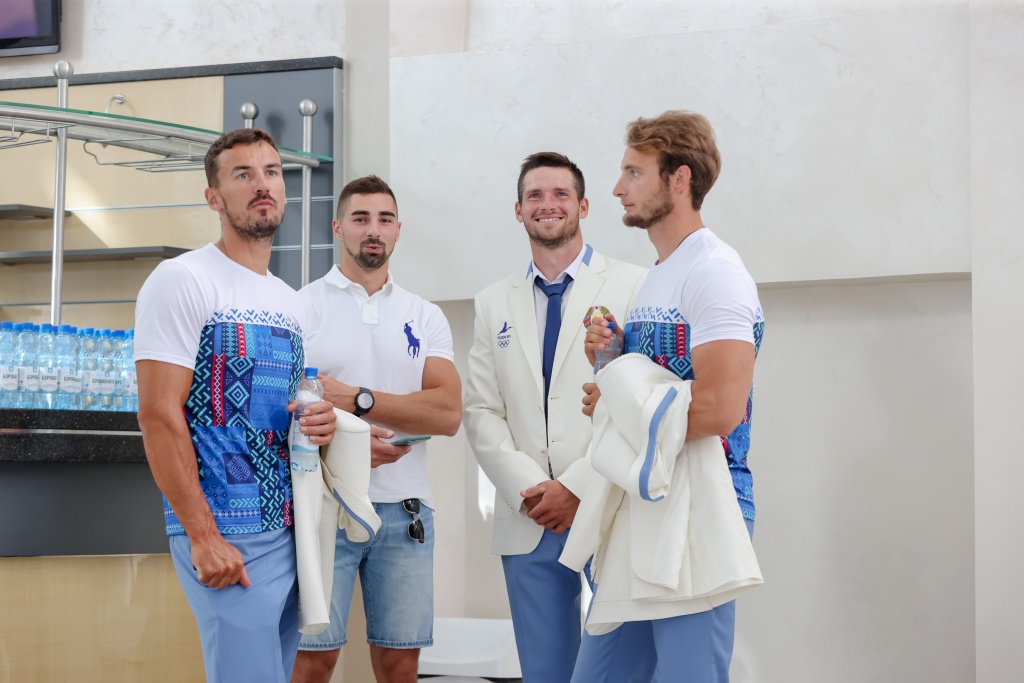 After a brief conversation inside the NOC building the sport delegation went to the Palace of Independence where they met with Belarus President Aleksandr Lukashenko. The head of state has always paid close attention to sport.

At the farewell ceremony Belarus President Aleksandr Lukashenko pointed out that sporting achievements are highly important not only for athletes themselves, but also for the state, including in the political sense.

“We all - athletes, fans - have been looking forward to these games for a long time. I strongly believe that the delay of the games, accumulated energy, developments in the country and the world will make the forthcoming medal battles tough as never before. These battles have always been difficult. I am sure that things will be even harder this time. I want to tell you that your sporting achievements are not only a personal triumph. Today they are akin to other kinds of victories, up to political ones. However, sport became a bargaining chip in politics a long time ago, unfortunately,” the Belarusian leader emphasized.

“Your successes should become a response to those people who first took everything they could from the country, and now wish it and you defeat. A response to those states that are strangling or trying to strangle us with sanctions. Expectations are very high. Of course, you understand it. But this burden is no heavier than the challenges you have already overcome. I know in detail what you have had to go through. But you stood your ground. The main and decisive step remains, ” Aleksandr Lukashenko said.

The head of state also mentioned provocations, bullying, psychological pressure, threats. “You have faced it all. You took these attacks like true athletes, showing patience, will and courage. You still need these qualities now in order to defend the honor of our Belarus in sporting arenas in Tokyo. You know that your rivals will be incredibly strong. Restrictions related to public health and increased control by various structures will also create certain difficulties. Pressure with political overtones is not excluded either,” the president said.

Aleksandr Lukashenko presented the State Flag of the Republic of Belarus to the captain of Belarus’ Olympic Team Ivan Tsikhan who took the oath of Belarusian Olympians. 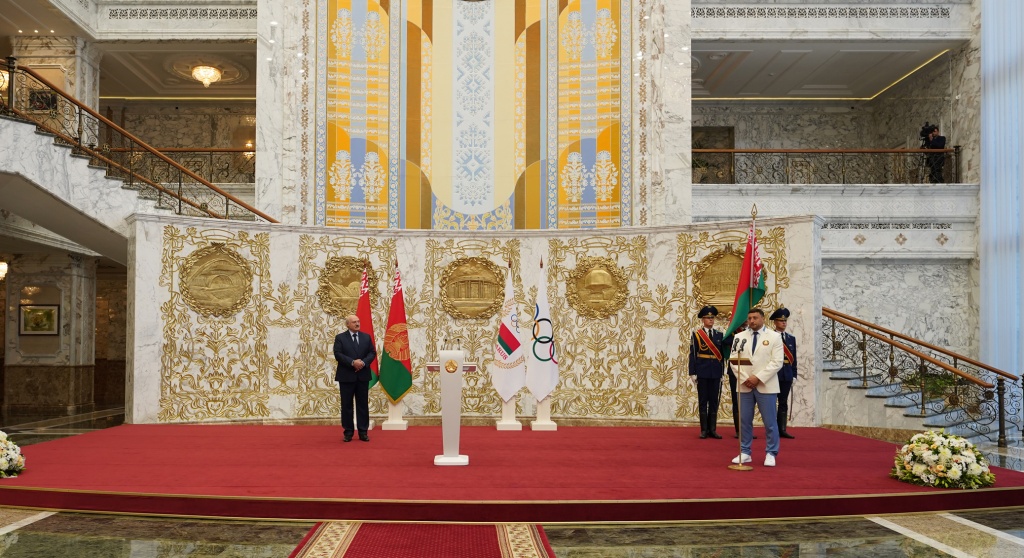 “On behalf of the Olympic delegation of the Republic of Belarus I promise that during the Olympic Games in Tokyo we will compete fairly and without doping. We will observe rules of the competitions and the fundamental principles of the Olympic movement. We, Belarusian Olympians, promise to do our best to achieve great results at the Olympic Games to uphold the honor of our flag and our country in the international arena,” Ivan Tsikhan stressed.

The captain of Belarus’ Olympic Team expressed gratitude to the government for creating great conditions for preparing for the Olympic Games. “Despite the fact that the Olympic cycle became a year longer, despite the pandemic, Belarus has made the right decision to keep sports training centers open. This helped our athletes maintain and improve their physical fitness, perform well at this year’s competitions, and prepare for the Olympic Games well,” he pointed out. 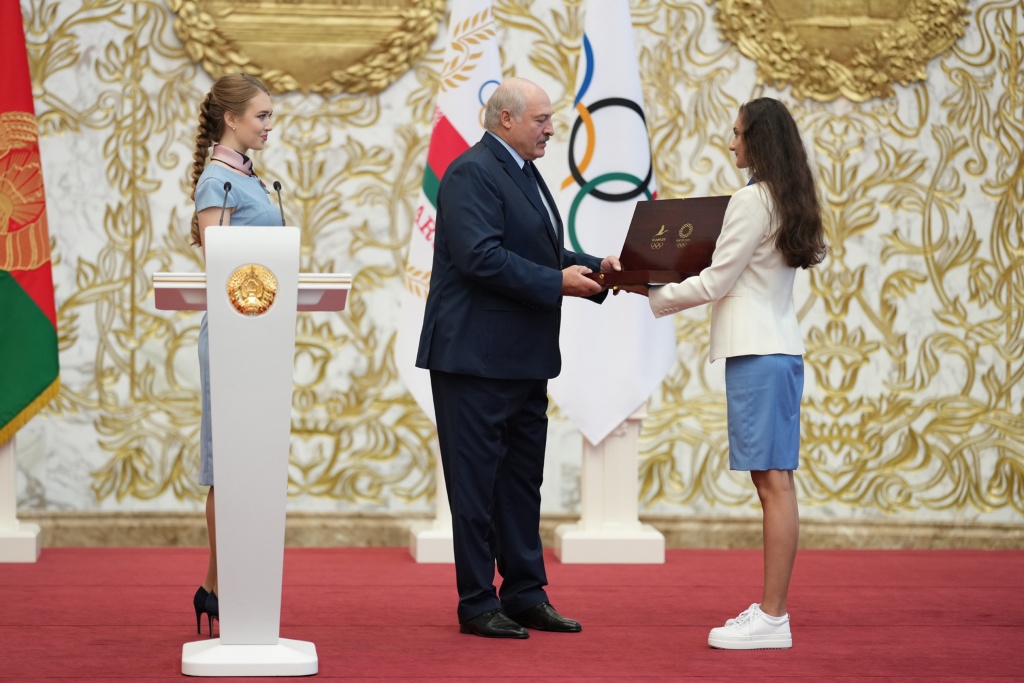 Alina Harnasko, a member of the national rhythmic gymnastics team, presented a commemorative collection of Tokyo 2020 souvenir badges to the head of state.

After the solemn reception in the Palace of Independence the Belarusian delegation laid commemorative wreaths at the Eternal Fire in Pobedy Square.

Ivan Tsikhan, the captain of Belarus’ Olympic Team, said: “The farewell ceremony for the Olympic team is a necessary and important event. Representatives of various kinds of sport usually train separately but one feels the team’s unity during such ceremonies. Everyone looks forward to important competitions. We hope that our Olympians will succeed in Tokyo.” 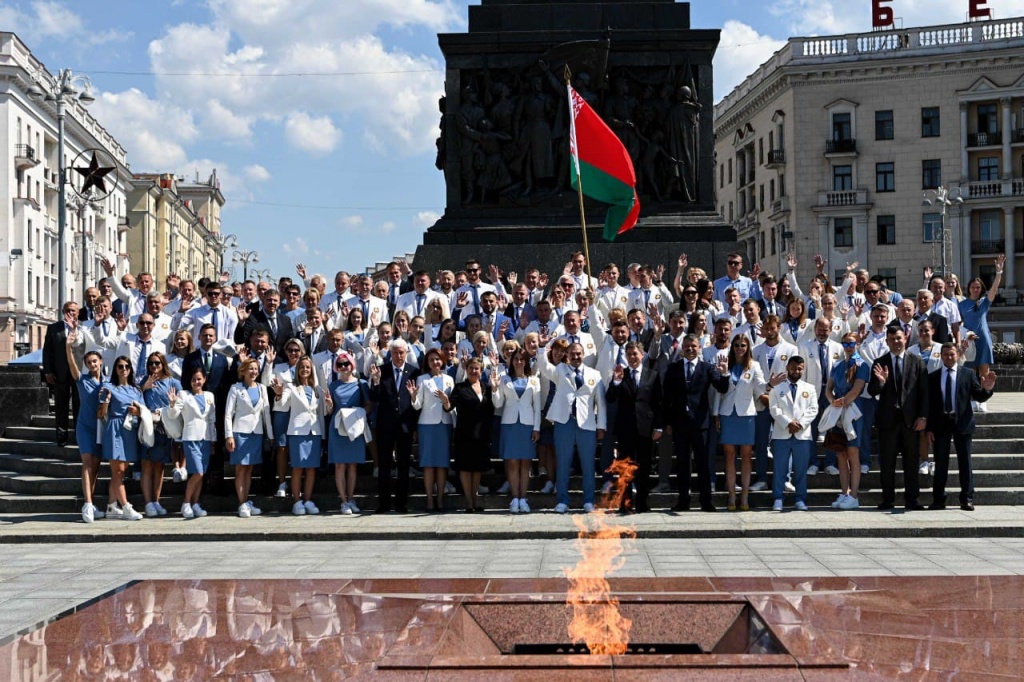 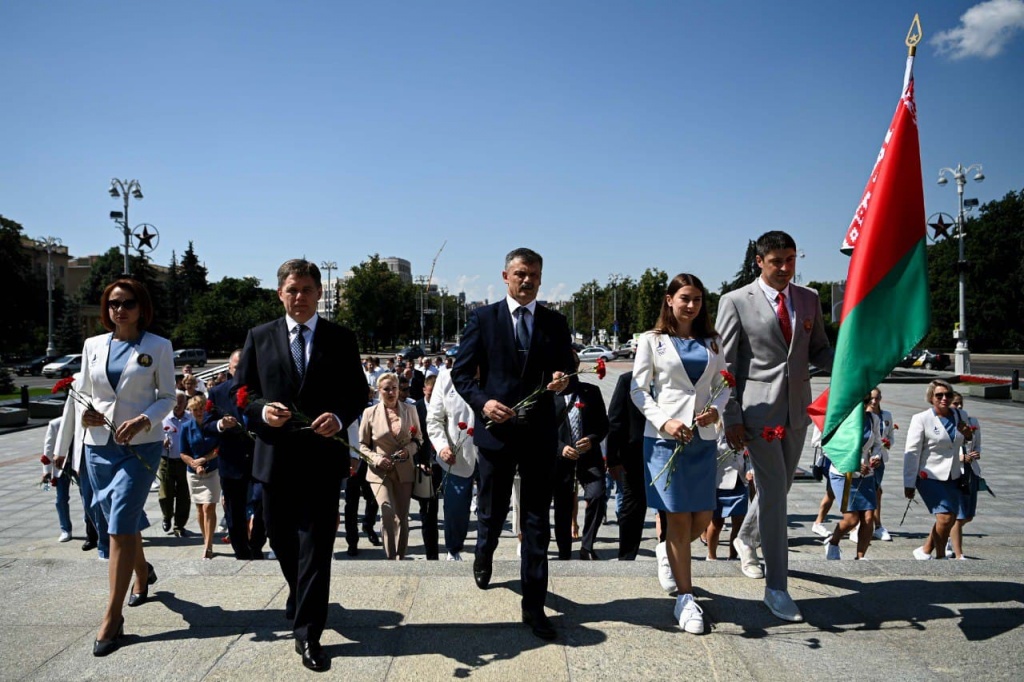 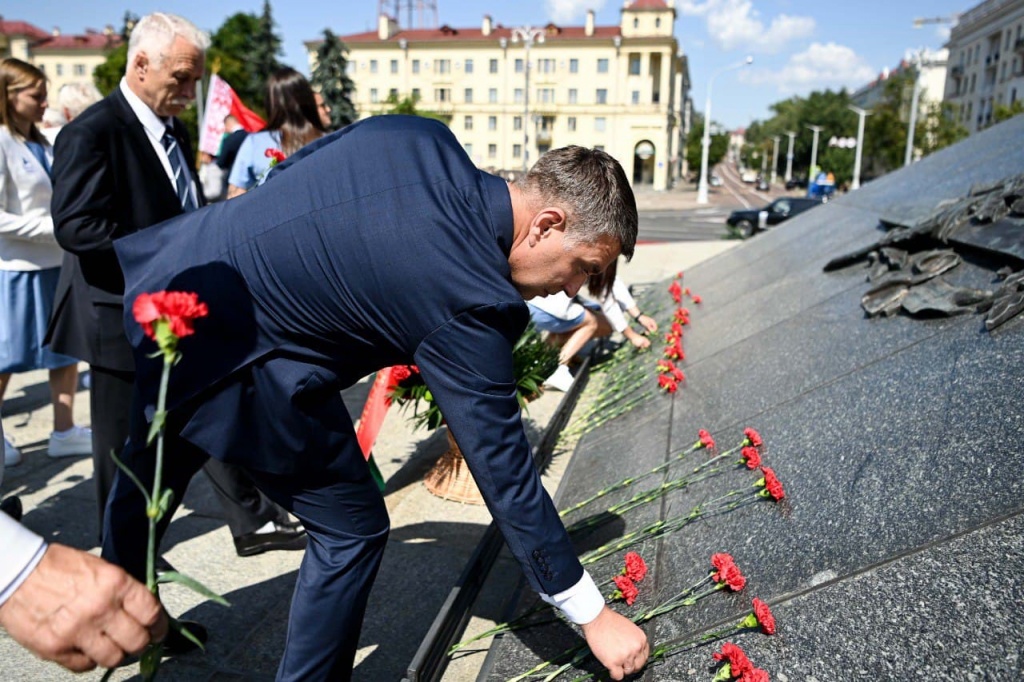 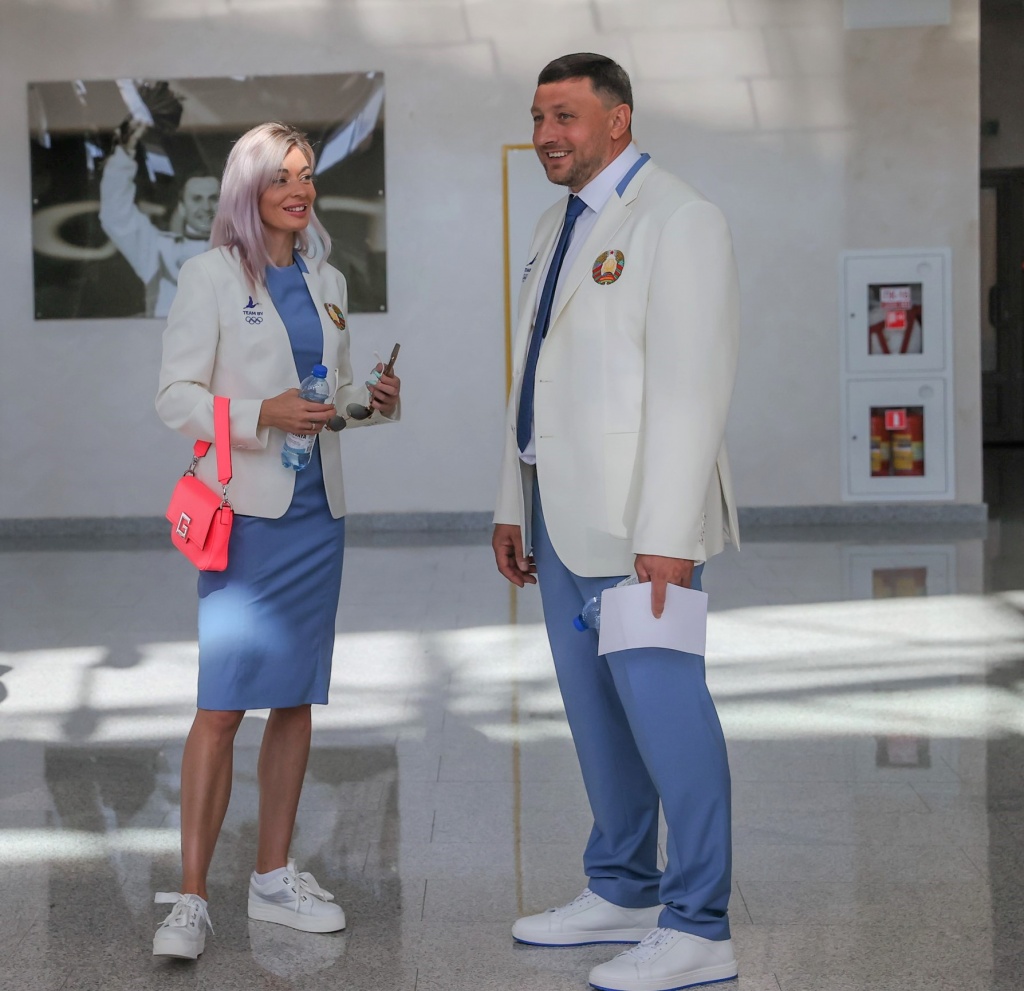 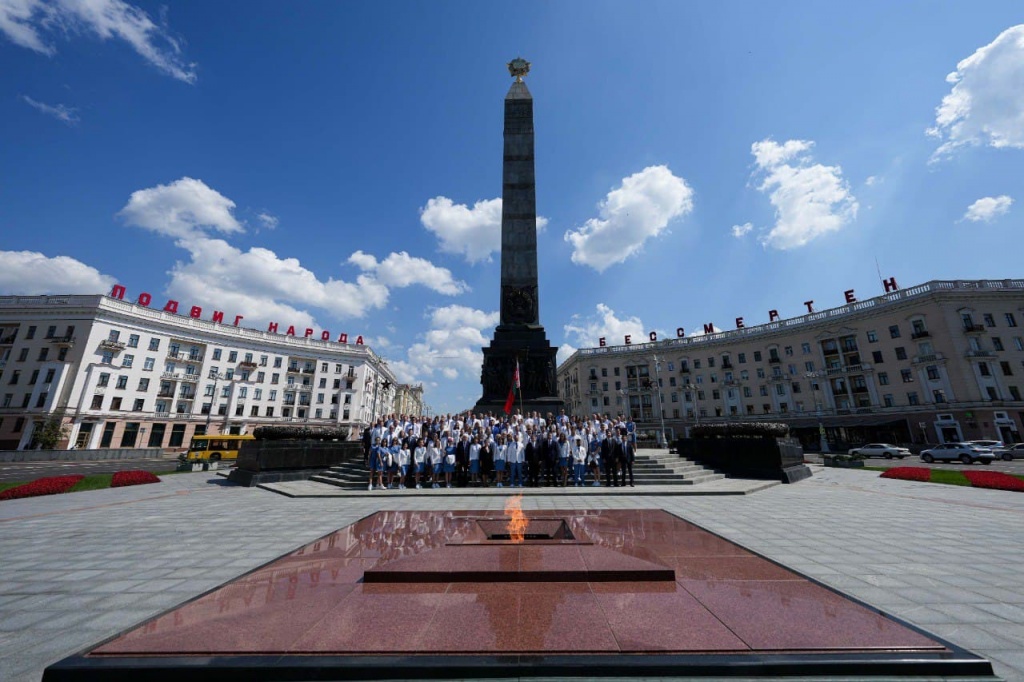 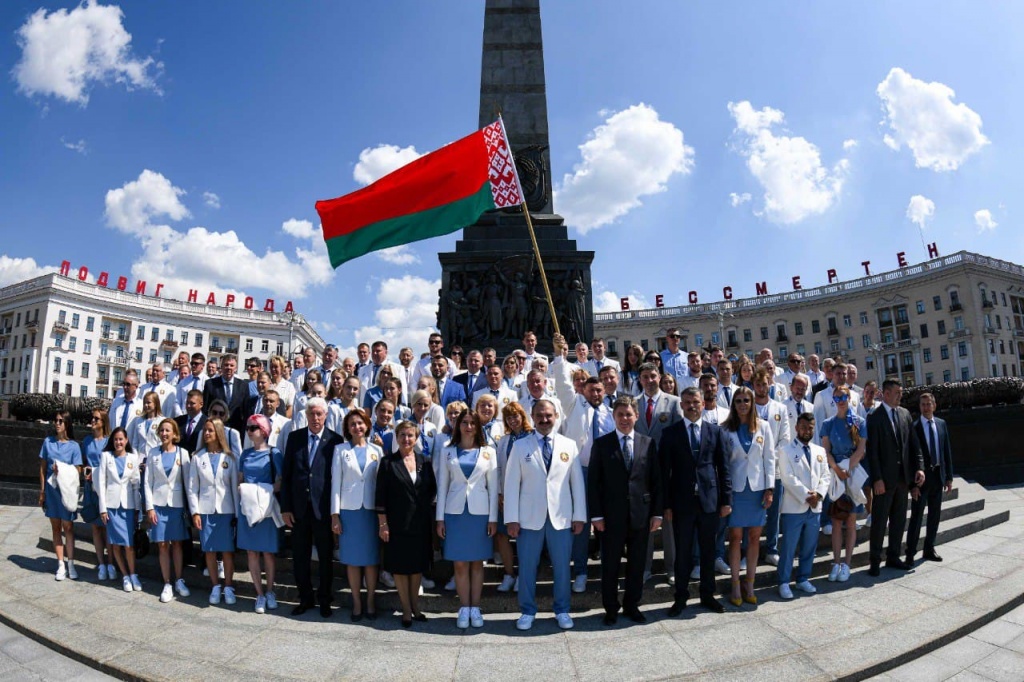 Ilya Shymanovich, the leader of the national swimming team, noted he had not been disappointed by the Olympic Games being delayed by one year. He said he had managed to improve his physique in this period. “We calmly and confidently move towards our goal. After the Olympic Games were postponed, I tried to find pros in this situation, take care of my health, my training and now I feel great. It was the first time I had taken part in a farewell ceremony that began in an early morning. Everything was solemn and heartwarming. We feel Belarusians root for us ahead of the Tokyo games,” he said. 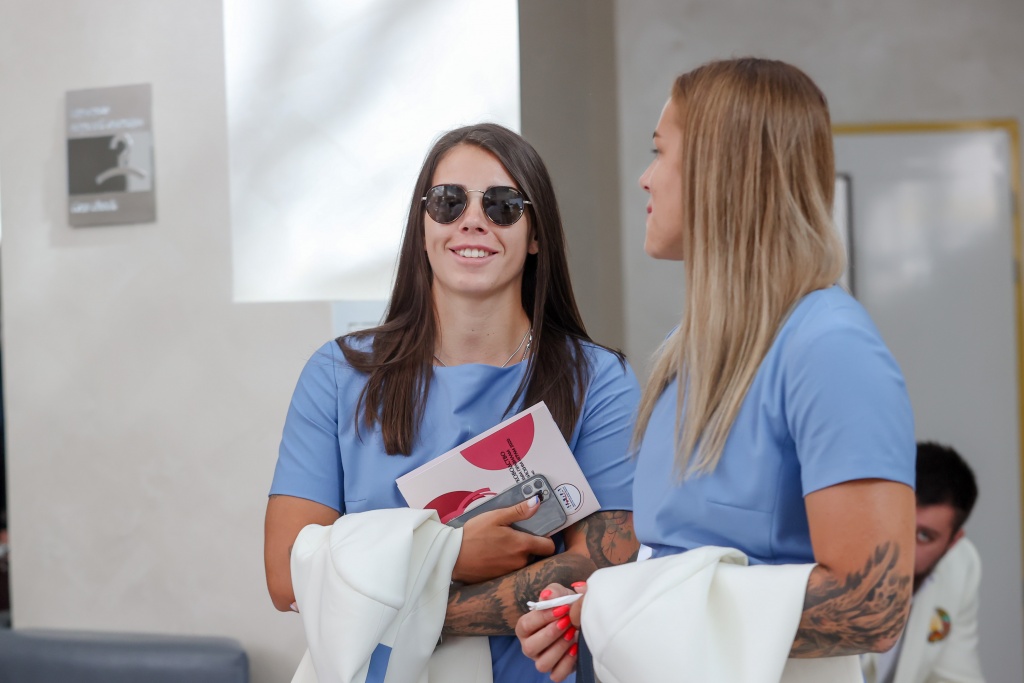 The Olympic Games in Japan will be a debut for Nadzeya Makarchanka (canoeing), who feels optimistic about the forthcoming competitions. “For the last two years we’ve been focused on training for the competitions in Japan. I would very much like all these efforts to produce a result. I am inspired by the solemn farewell ceremony. Such attention adds responsibility as well as encouragement at the same time,” she said.

Anastasiya Shkurdai, one of the top Belarusian swimmers, intends to show her best and enjoy participation in the Olympic Games. “In Japan I intend to enjoy every moment of my performance and acquire new experience because it will be the first Olympic Games for me. Pity there will be no spectators but all the swimmers in the swimming pool will have the same conditions. What emotions we will feel after the finish are what matters,” the swimmer noted.

Yauheni Tsikhantsou said: “It is the first time I’ve participated in a farewell ceremony. I am pleased by the Olympians getting so much attention. I am not going to disclose all the plans concerning the Olympic Games, it will be the first games for me, but we will try to continue winning traditions in weightlifting. At the moment I am quite ready. We will see how ready I am in Japan.” 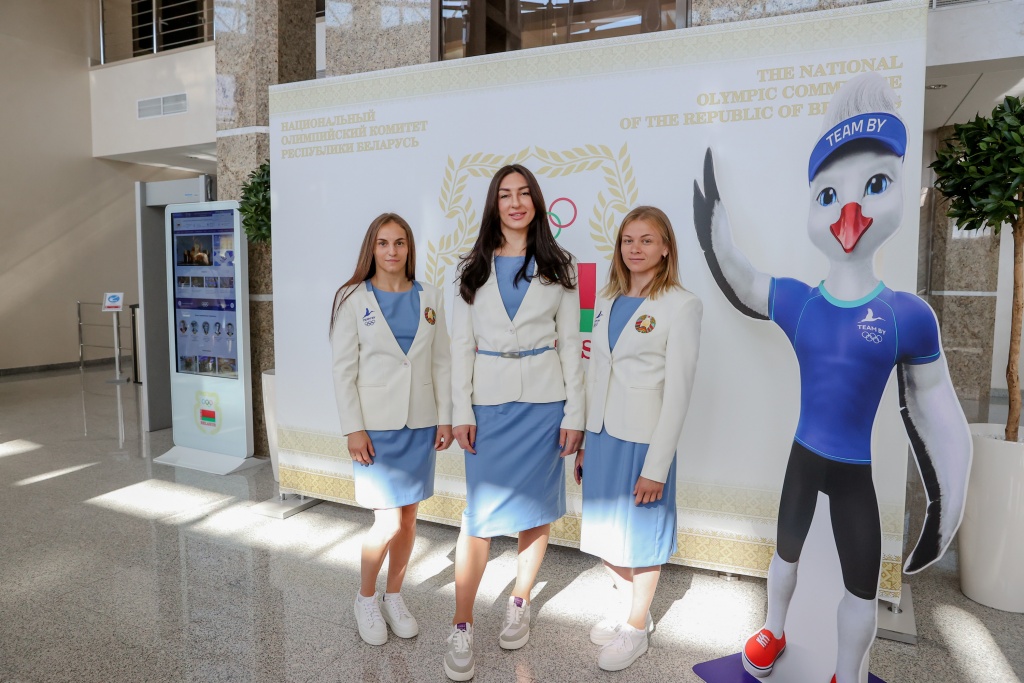 Vasilisa Marzaliuk said: “I intend to do my best in Tokyo. It is no secret these Olympic Games will be the last ones for me. I’ve achieved a lot in the course of my career but I still want to excel at the Olympic Games. I’ve trained well thanks to the good conditions. After the solemn farewell ceremony we will focus only on the forthcoming competitions.” 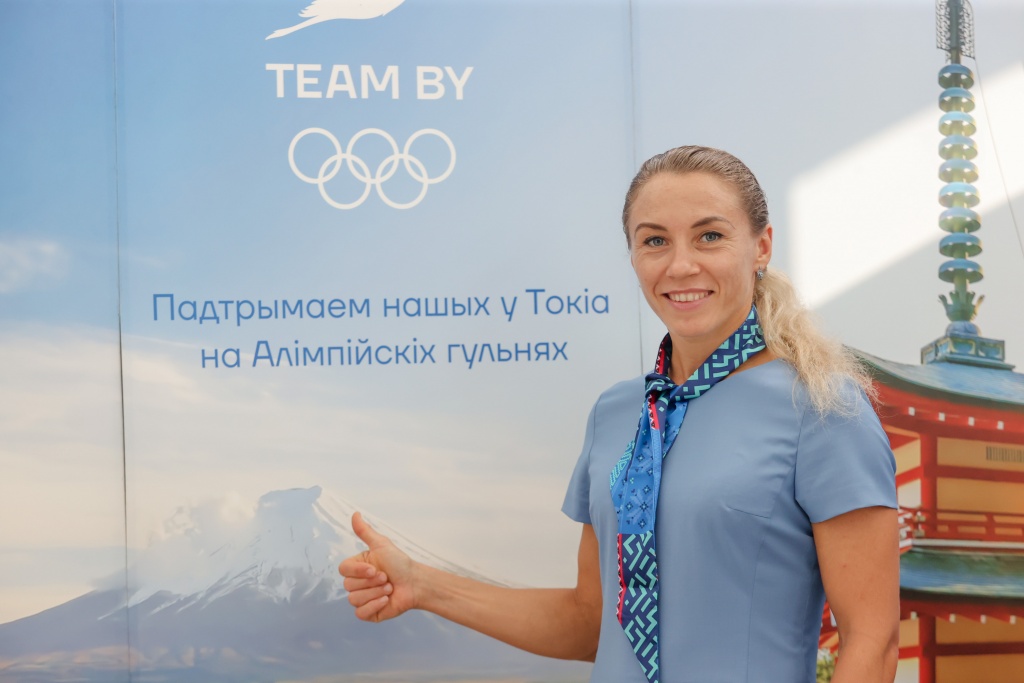 “Tokyo 2020 will be the fourth Olympics for me, and this time I feel more determined than ever to win and succeed. I want to outdo myself, the results of the previous Olympiads,” Anastasiya Prokopenko said. “There will be no spectators during competitions in Japan. It was only to be expected. On the other hand, athletes sometimes show better results in training than in front of a crowd of spectators. Public healthcare is one of the key requirements now, this is why all the Olympians are in good mood and are ready to show results.”

At the forthcoming Olympic Games the Belarusian team will include 109 athletes in 20 kinds of sport.