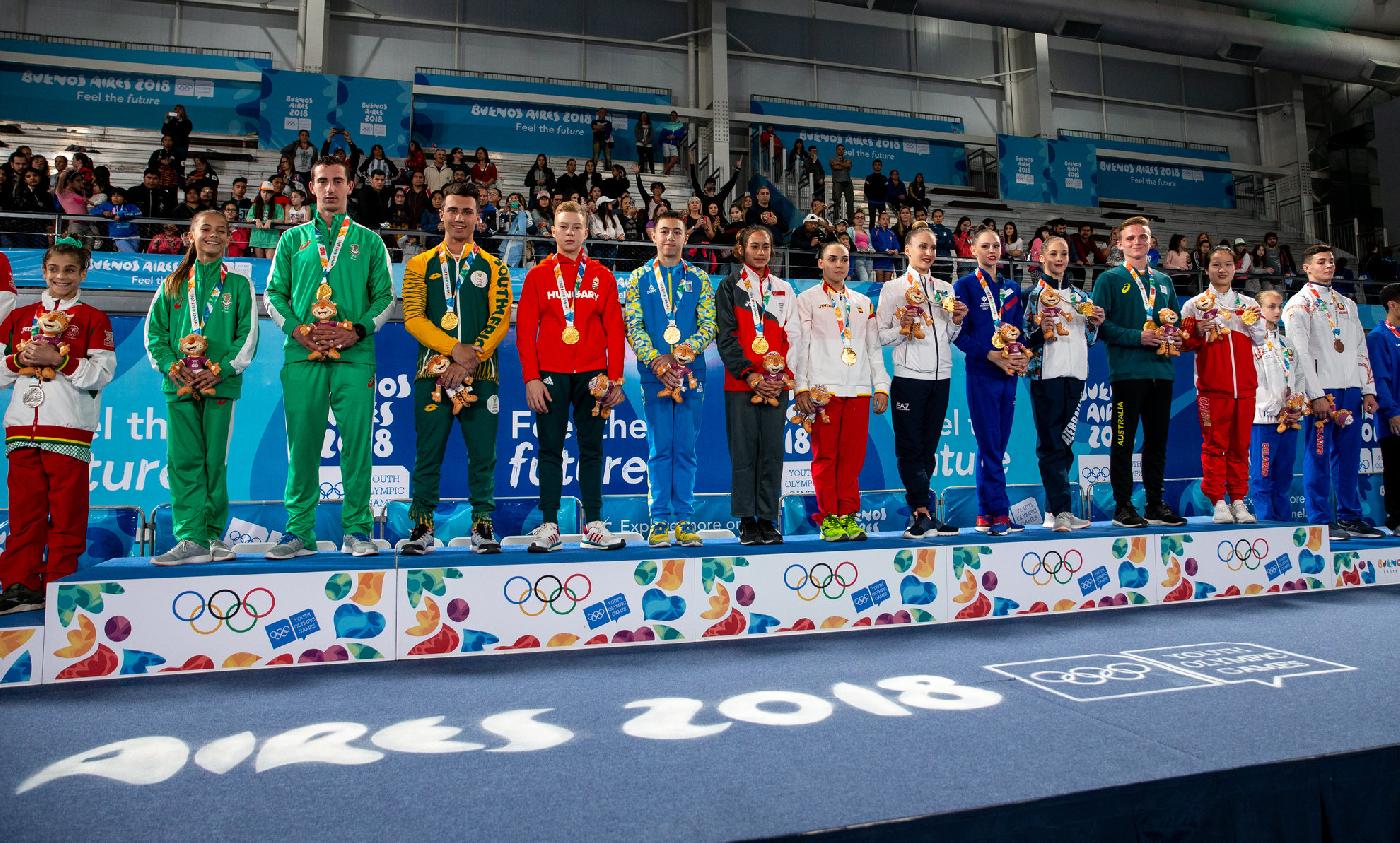 Apart from the Belarusian gymnasts, there were also representatives of artistic, rhythmic and trampoline gymnastics from the USA, UK, Egypt, Uzbekistan, Switzerland, Guatemala, Australia, Japan, Germany, Argentina and Greece in the 'Oksana Chusovitina' team.

Victoryia Akhotnikava and Ilya Famenkou wil perform in the acrobatics final round on 15 October. They are guided by coach Tatsiana Auchynnikava.

Belarus has now one gold and two silver medals. Two more medals - the gold and bronze - were conquered by the Belarusian athletes under the Olympic bannder.