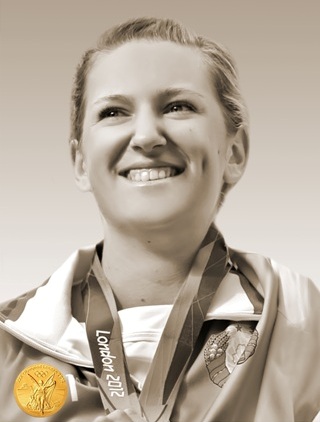 Merited Master of Sports of the Republic of Belarus (2010).

Victoria was born on July 31, 1989 in the family of a driving instructor Fyodor Mikhailovich and a Methodist of the Republican Centre of Tennis Olympic Training Alla Valentinovna. At the age of seven she started playing tennis. Her first coach was Rzhanykh Valentina Egorovna.

At the age of 15 Victoria managed to get a job at the Marbella Tennis Academy in Spain. The famous former coach of Steffi Graf, Klaus Hofsaess, also trained Victoria. At the age of 16 with the assistance of the famous NHL goalkeeper Nikolai Khabibulin and his wife Victoria, she moved to Scottsdale (Arizona, USA). There, in the USA, Victoria worked with a Portuguese coach António van Grichen. Over the next 4 years of work and joint trainings they achieved a significant progress.

The following years were not very successful for Victoria due to her numerous injuries. At the beginning of the 2015 season, immediately after the defeat in the Australian Open, a Belgian specialist Wim Fissette became Victoria’s new coach. 2 years later, in April 2016, she won the Miami Open Tournament and returned to the top 5 of the WTA Rankings.