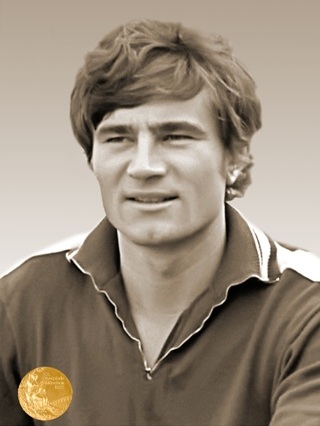 Honored Coach of the BSSR

Honorary Citizen of the town of Rogachev

Nikolai Gorbachev was born on 15 May 1948 in the town of Rogachev, Gomel Region. The first sports he got into were basketball and skiing. However, in 1960, Nikolai enrolled in a canoe club where he trained under coach Victor Stanibula. The first achievements were not slow in coming. At the All-Union School Spartakiad in 1965, he performed as part of the BSSR national team. Two rowers from Rogachev, Nikolai Gorbachev and Leonid Reutyonok, won a silver in the K-2 1,000m event. In 1966, Nikolai Gorbachev received the title of the Honored Master of Sport of the USSR, becoming the first athlete from Rogachev to be honored with such a high title.

Ahead of the Olympic season, the Belarusian team (Nikolai Gorbachev, Nikolai Khokhol, Leonid Derevyanko, Vladimir Savva) won the K-2 1,000m event at the Spartakiad of the Peoples of the USSR. After that, Nikolai received a bronze as a member of the team (Heino Kurvet, Vladimir Klimov, Vladimir Zemlyakov, Nikolai Gorbachev) in K-4 10,000 at the World Championships in Belgrade. In the run-up to the 1972 Olympic Games, coaches of the Soviet team paired Nikolai Gorbachev with Viktor Kratasyuk from Georgia. The two athletes quickly bonded and demonstrated excellent teamwork and complete understanding after only several training sessions.

Athletes from Hungary, East Germany and Austria were considered the favorites in the K-2 1,000m event. Yet the Soviet athletes Gorbachev and Kratasyuk snatched the victory from the Hungarian team by 0.7 seconds.

After winning the Olympic Games, Nikolai Gorbachev continued performing in K-2 and K-4 events at major world and European competitions.

After retiring from sport in 1976, the athlete returned to Rogachev, and became a coach. Nikolai Gorbachev together with Nikolai Gavrilenko opened the Olympic Reserve School in canoe sprint for children and the youth in Rogachev. He became the first headmaster of this school and held the post until 2010. Nikolai Gorbachev regularly participated in veterans’ races, never leaving without a medal.

Nikolai Gorbachev passed away on 9 April 2019.