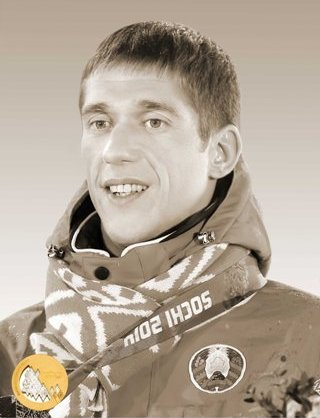 Anton was enrolled in a freestyle skiing school by his father who, according to the athlete, taught him and his sister to love sport. His first coach was Galina Dosova. Anton won the Ukraine national champion title five times. In 2002 coach Galina Dosova decided to move to Belarus and the up-and-coming 18-year-old athlete followed her.

Anton Kushnir competed in his first Winter Olympic Games in Italy’s Turin in 2006 as part of the national team of Belarus. He placed eighth in the final. Being the season’s top-ranking athlete, Anton was the main medal hopeful at the 2010 Olympics in Vancouver, Canada. He did well on the first jump but failed to land properly in the second due to a ski boot buckle problem. As a result he was only 21st in the final standings.

By the 2013/2014 Olympic season Anton Kushnir fully recovered and won one of the World Cups. The athlete was in good shape ahead of the Olympic Games in Sochi but was no longer considered a medal hopeful. Anton placed seventh in the first jump. He did well in the second and advanced to the final of 12. In the first and second final rounds, Kushnir was second and third respectively and advanced to the super final where he nailed a stunning five-twisting jump which scored him an astonishing 134.50 points. It was his reward for tackling a jump of the highest degree of difficulty and then producing an almost flawless execution. By the way, this result remains the highest score in Olympics history.

The athlete demonstrated good results in the pre-Olympic season of 2017/2018. At the FIS Freestyle Skiing World Cup in Moscow, Kushnir performed a nearly a flawless Full - Double Full - Full in the final to return to the top of the podium. He finished the 2017/2018 season in the third position on the World Cup rankings. By the Olympic Games in 2018 in South Korea the athlete fully recovered from injuries. He did well in two qualifying jumps but failed to qualify to the final, finishing only 13th.

Currently, he works as a consulting coach of the national team of Kazakhstan.