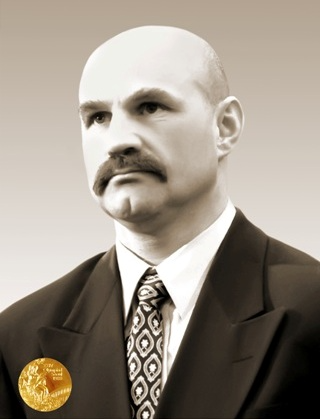 Vyacheslav Yanovski took up boxing at the age of 13. His first coach was Vil Ilchenko. However, after a while, he moved on to another coach, Valery Kondratenko, whose motto was “be always on the move”. No wonder, Vyacheslav Yanovski’s signature style favored applying constant pressure to overwhelm his opponent.

In 1981, he joined the Soviet Union national team but retired a year later. After a while he returned to his athletic endeavors and never regretted it. In 1985, he was named the best boxer of the USSR v USA match, and this was on American turf, in the city of Reno. Back then, American and Cuban boxers were believed to be invincible, but Vyacheslav Yanovski was fearless. He fought 32 matches with boxers from the Liberty Island winning 30 of them. After filling up his trophy case with numerous wins, in 1986 Vyacheslav Yanovski decided to leave the sport at a high point in his career and to become a coach. However, he felt that he needed an Olympic medal to tick all the boxes and thus decided to return to the ring.

The boxer headed for the 1988 Games in Seoul in the status of a USSR champion. However, his path to the Olympics was not red-carpeted. Despite his successive domestic wins, he was not considered an Olympic medal hopeful. Two weeks before the Games, he had to prove his worth at a test match where he manufactured absolute brilliance. However, it was not enough, as some sports functionaries believed he was too old to compete at the Olympics. There were numerous attempts to pension him off. However Vyacheslav Yanovski believed that he was in his top shape and no perturbations could knock him out.

On his way to the Olympic final, Vyacheslav Yanovski clocked Denmark’s Soren Sondergaard, Tanzania’s Rashid Ali Hadj Matumla, France’s Ludovic Proto, Zambia’s Anthony Mwamba, and West Germany’s Reiner Gies, to take on Australia’s Grahame Cheney in the final bout. To some extent, both of them were lucky as they left behind the most titled contenders at the initial stage of the Olympics. Vyacheslav Yanovski’s path to this Olympic trophy was perhaps the most challenging in his career. Although the Cubans, the main rivals of Soviet boxers, missed the second Games in a row, the Olympic lineup featured world-class fighters. The slightest mistake could end in a crushing defeat. Vyacheslav Yanovski became Belarus’ first Olympic champion in boxing. He was also the USSR’s thirteenth, or the last, Olympic champion in this discipline.

In the late 1980s, professional boxing started gaining ground. Vyacheslav Yanovski finished his amateur boxing career and turned professional. In 1989 he moved to Japan. As professional, Yanovski won the Japanese boxing championship six times. Then he went to Germany to win another champion title. When he returned home to Vitebsk, he established his own boxing club Janus.

In January 1997, Vyacheslav Yanovski won the champion title of the Pan Asian Boxing Association in St. Petersburg defeating Ukraine’s Viktor Plotnikov. By the time he retired in 1997, he had fought 32 matches: 30 wins, one loss and one draw.

The same year Vyacheslav Yanovski got an offer to lead the Belarusian Amateur Boxing Federation. He zealously embarked on the work, but left the job two years later.

Vyacheslav Yanovski continues his coaching career in Russia where he runs a number of projects to promote boxing.