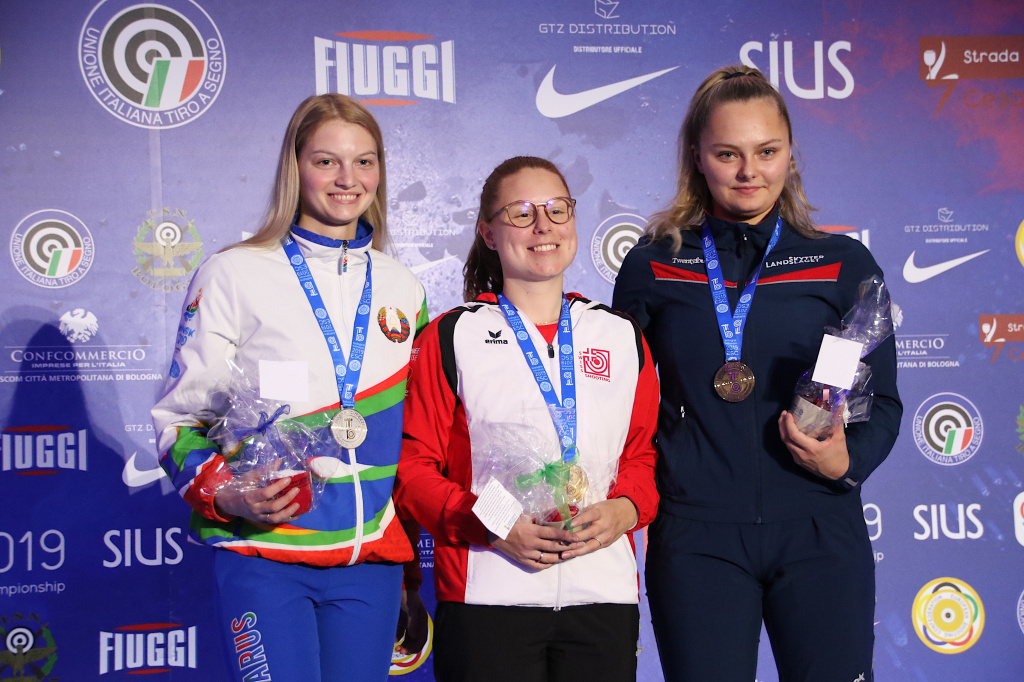 The European Shooting Championships finished in Bologna. Belarusian Maria Martynova took second place in shooting from a small-caliber rifle from three positions and got the opportunity to speak at the XXXII Olympic Games in Tokyo.

This is the first license for the national team of Belarus for rifle and pistol shooting. Also belarusian athletes will be able to get Olympic licenses in 2020 at the European Shooting Championships in Wroclaw (from 23 February to 2 March) and the Europe Olympic Qualifying Tournament (May 17-28) in the Czech Republic.

Press Service of the NOC Belarus