Flame of Peace greeted in Minsk 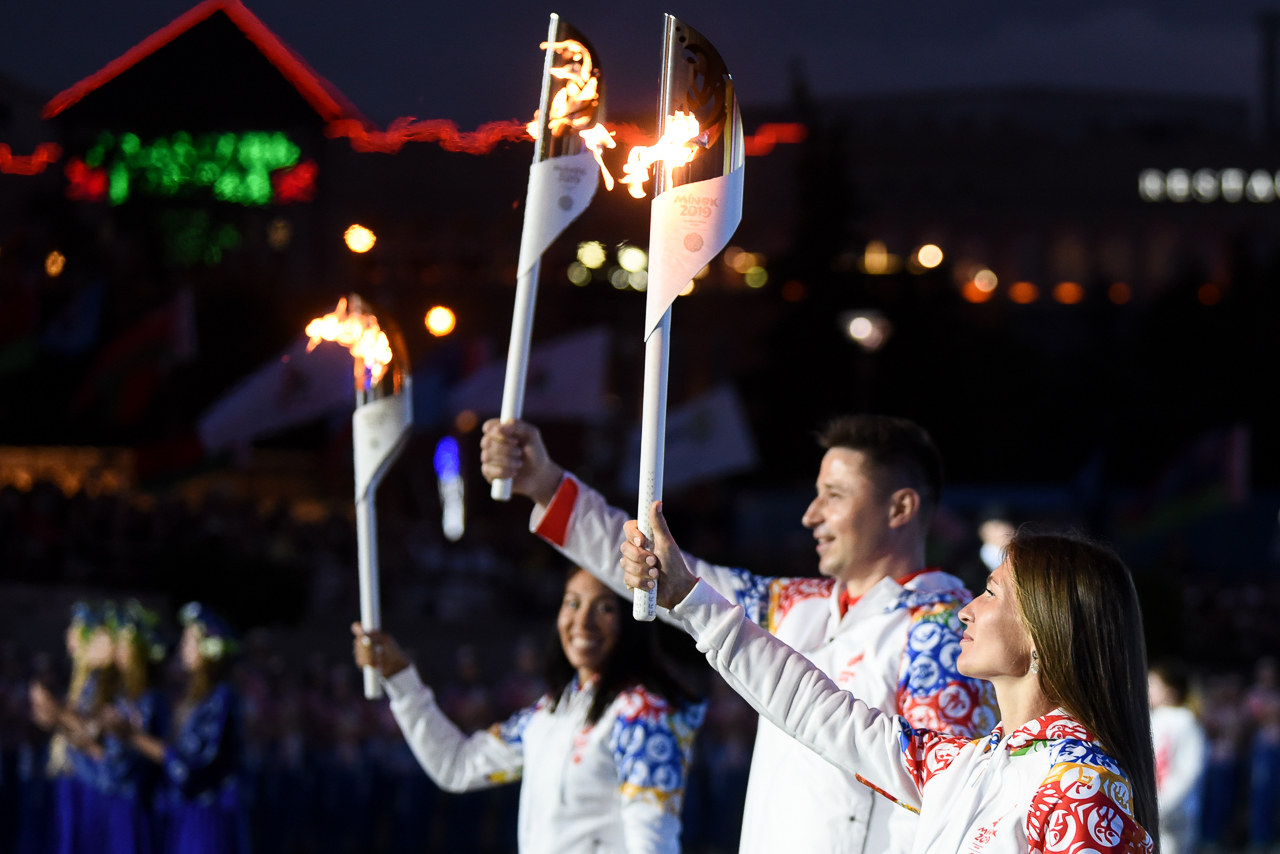 The Flame of Peace torch relay of the 2nd European Games arrived in Minsk on 17 June. The flame of the multi-sport forum was welcomed in State Flag Square.

The appearance of the bright symbol of the 2nd European Games on the square was preceded by a concert starring popular Belarusian singers, assisted by volunteers, making the visual component brighter and more large-scale. At the same time, the torch relay kept on moving from Freedom Square along Pobediteley Avenue. 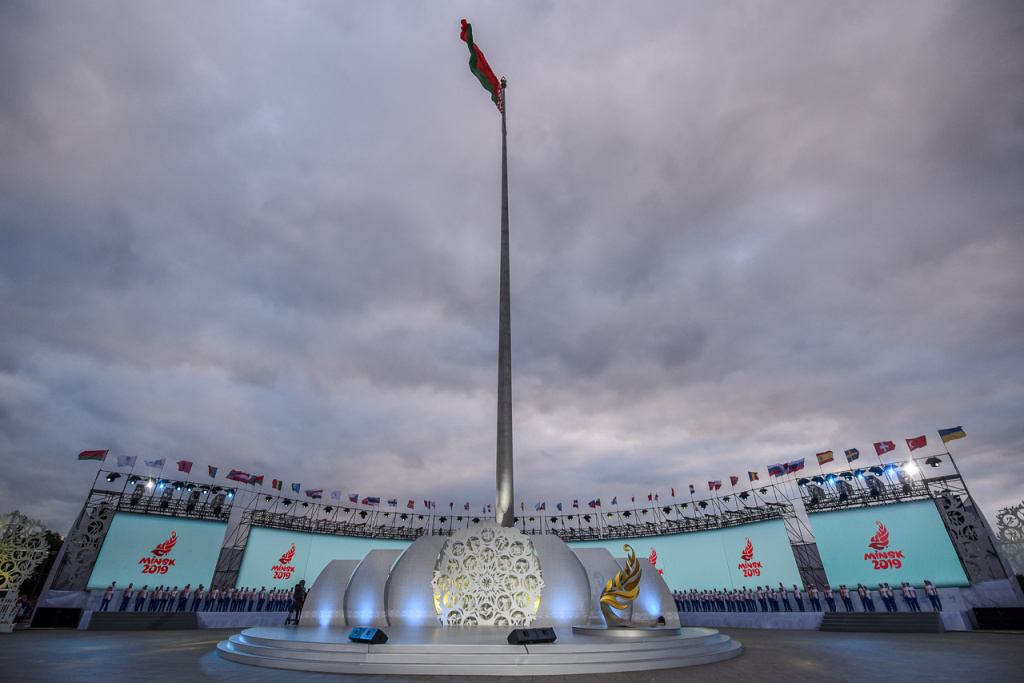 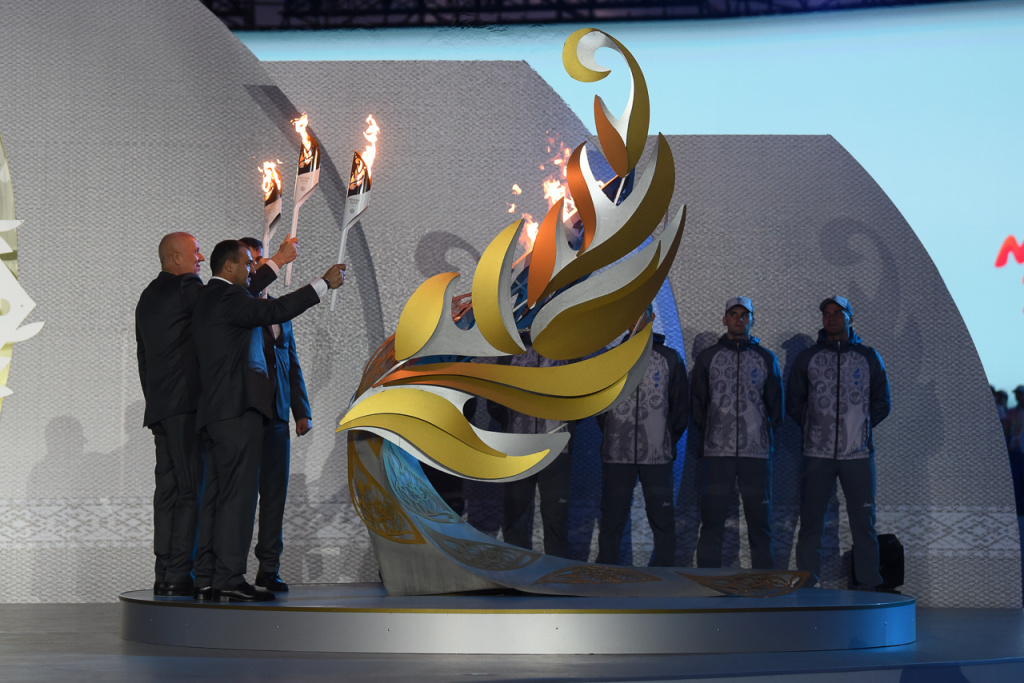 Three-time Olympic champion, torchbearer of the Olympics-1980 Alexander Medved took the torch relay. In 1980 Alexander Vasilyevich carried the fire of the Olympic Games at the Dinamo Stadium, and in 2019 he met the flame of the European Games in the Belarusian capital. Medved passed the torch to the current Belarusian athletes - field and track athletes Elvira German and Olga Mazurenok, sambist Stepan Popov. Then the torch relay set off further along the Minsk route.

The Flame of Peace torch relay will finish at Dinamo Stadium during the opening ceremony of the 2nd European Games on 21 June. 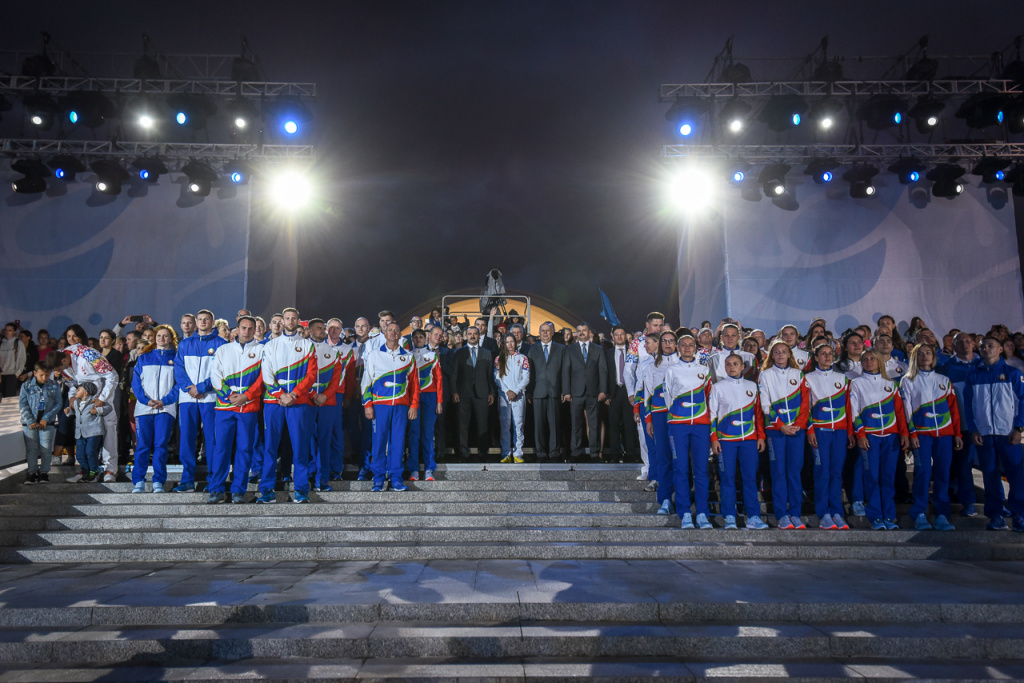