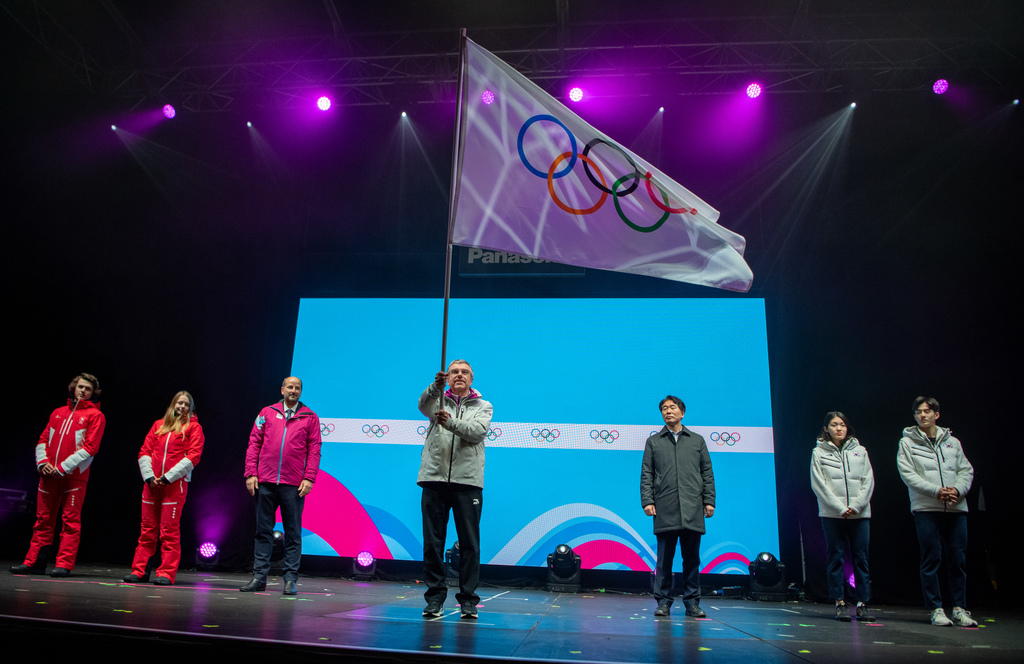 The winners of past competitions gathered at Medal Plaza. For many of them, the Winter Youth Olympic Games are the first serious start in their careers.

The ceremony began with a greeting and thanks to the volunteers of the Games. Participants of past starts densely filled a small area. In a close circle of young athletes was President of the International Olympic Committee (IOC) Thomas Bach. 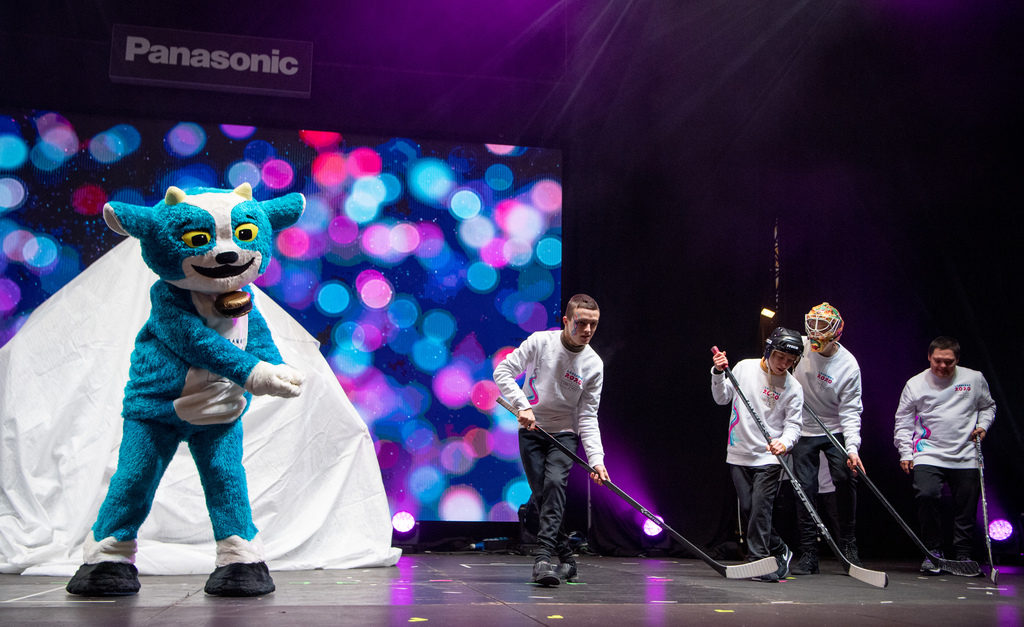 Together with other participants, the head of the IOC witnessed the flag parade. As reported, the flag carrier of the national team of Belarus was the skier Gleb Shakel. 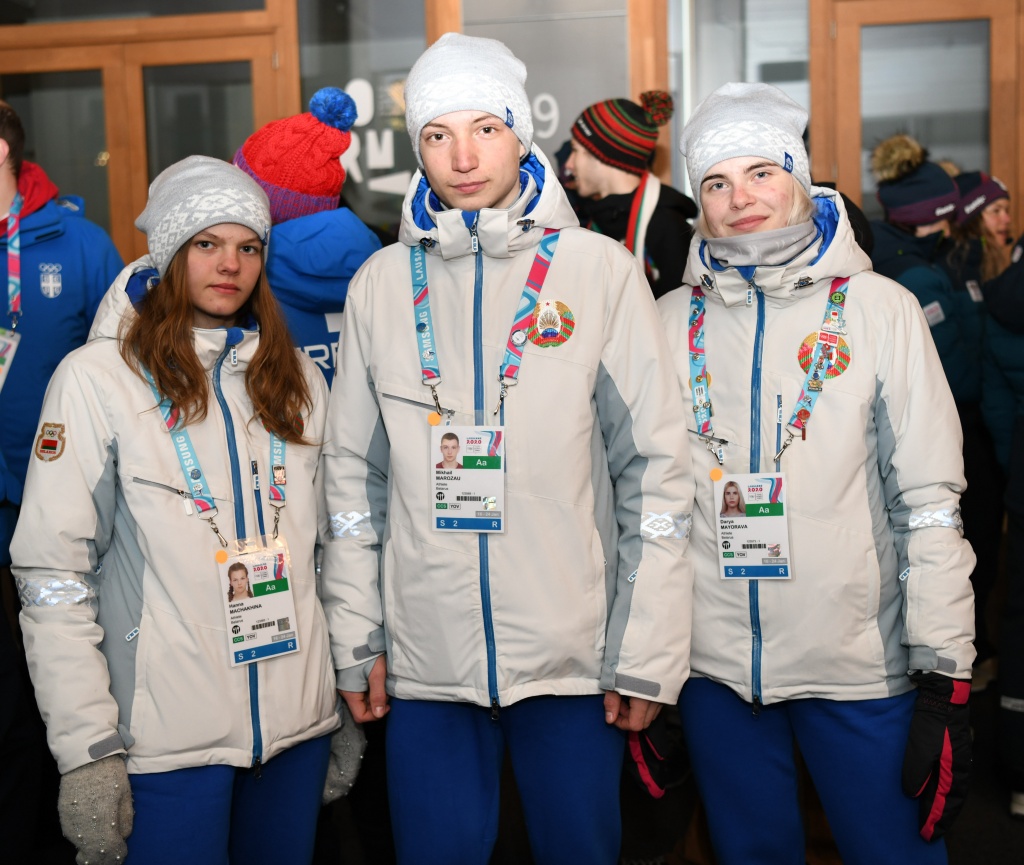 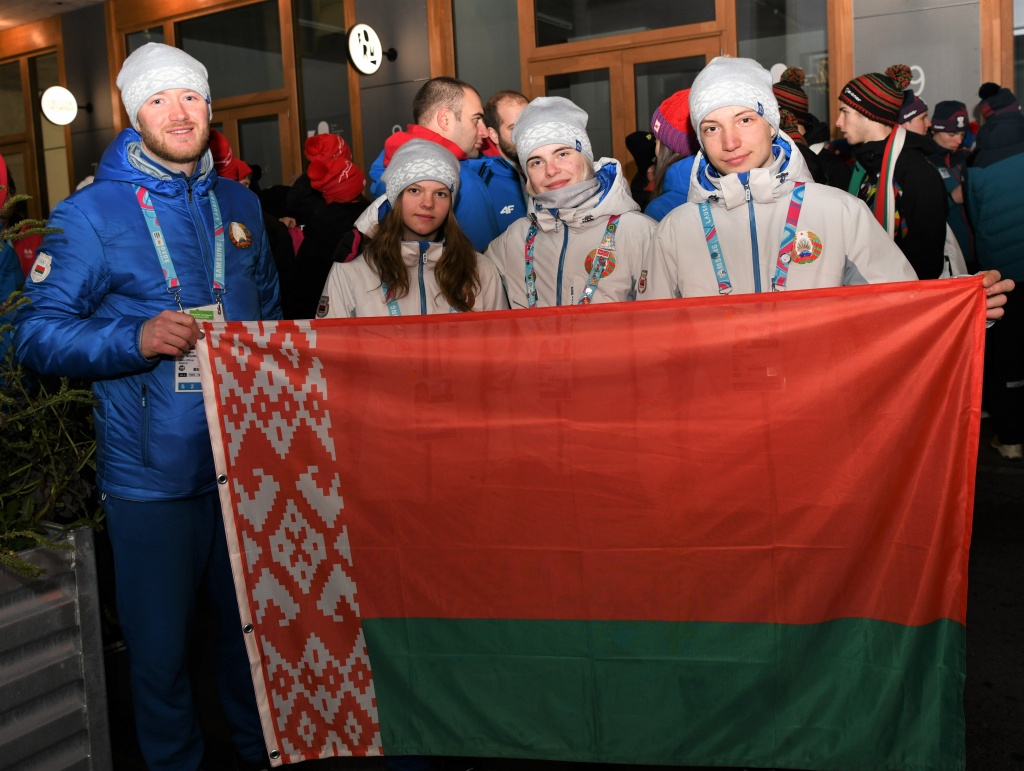 Participants in the Winter Youth Olympic Games expressed gratitude to the chairman of the organizing committee, Virginie Faivre and Thomas Bach.

The IOC President, addressing the participants, said: “You young athletes are the best ambassadors of the Olympic spirit and atmosphere! During these two weeks you managed to enter a huge sports family. Stay true to Olympic ideals and beyond throughout your career.”

Thomas Bach handed the Olympic flag to athletes from the Republic of Korea, where in 2024 the next major four-year starts for young athletes will take place. By tradition, the fire of the Olympic Games was also extinguished.

The ceremony ended with a concert of the famous singer and composer Bastian Baker.

At the III Winter Youth Olympic Games in Lausanne, our athletes have two awards: gold in hockey 3 on 3 at Illia Korzun and bronze at biathlete Yulia Kavaleuskaya.

The I Winter Olympic Games for athletes U-18 were held in 2012 in Innsbruck, Austria. Belarusian figure skaters Evgenia Tkachenko and Yuri Gulicki ascended to the top step of the podium in the mixed team silver medal was won by speedskater Raman Dubovik.

The IV Youth Winter Olympic Games in 2024 will be held in Pyeongchang and Gangneung (Republic of Korea). The decision was made in January 2020 at the 135th session of the International Olympic Committee (IOC) in Lausanne.

Photo by NOC Belarus and olympic.org